How to succeed on Kickstarter

KickstarterÂ is the hot new word in indie gaming and beyond. Inspired by the successes ofÂ Tim Schaferâs DoubleFine campaignÂ and many others, countless aspiring game developers have taken to Kickstarter to raise funds for their game. Yet many of these game developers are seeing their projects fail to raise funding, and without serious celebrity status itâs hard to generate significant interest about your project. Iâm a member of the Stanford Graduate School of Business mailing list, and last week there was a question about how to effectively use Kickstarter as a game studio. What resulted was a treasure trove of valuable advice, which I wanted to summarize for everyone below.

What are your chances?
The first key mistake that many Kickstarter campaigns make is that they set their goals too high. Take a look at the Kickstarter Zeitgeist, slide 3: the median money raised is $19,058. A project in the $10 - $24k realm is much more likely to be funded than one in a higher fundraising bracket, so you need to consider that when pricing your project.

You can also see that on average, campaigns were oversubscribed by over 2.5X. This is because people will often only put their money in what looks like a âsure thingâ, so they are much more likely to back projects that have a significant portion of their funding already closed, or are oversubscribed already. The best way to capitalize on this is to keep your funding target low, to the bare minimum of what you need, and then itâll be more likely to get funded (and then hopefully oversubscribed). 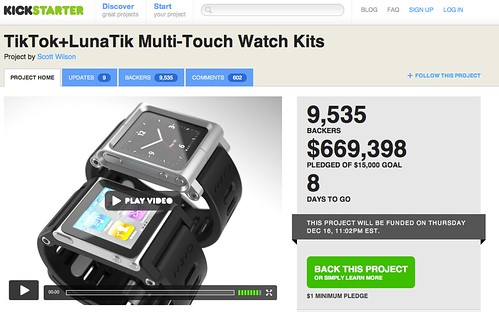 Show over tell
Rather than having a clip of you telling people how great your game is going to look, show them a clip from what you have so far. The same applies for the description: make liberal use of graphics to show people what the game will be like and what they will be buying.

Offer proof that you can really pull this off
Talk about your experience building XYZ types of games in your video. Make sure the audience knows that you can pull this off. That said, you want the audience to believe in you based on your past accomplishments, but bragging or being long winded about it will turn them off.

Be confident
Nothing smacks more of an amateur project video than a lot of âumsâ and nervous looks away from the camera. You, and anyone in the video, need to be confident spokespersons for your project and your company. Echoing the point directly above, your confidence gives the audience more reason to believe that you can actually deliver on your promises.

Compare your project to others in your price range
When comparing your project, itâs worth comparing what youâre offering to other projects in a similar price and fundraising target range. Just donât do it in a disparaging light, instead concentrate on what youâre doing thatâs cool and unique. More importantly, donât make the mistake of comparing your project to significantly more ambitious or expensive projects, Kickstarter or otherwise. Saying that your game will be âlike Starcraft, but with a twist and on 1/100th of the budgetâ will not get people excited about your prospects. 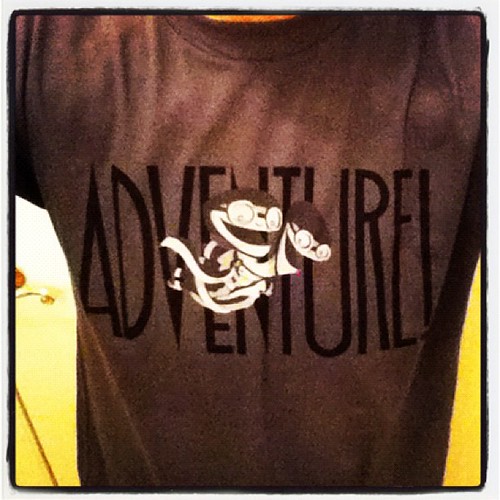 Pricing your rewards
This is one of the most contentious issues with Kickstarter campaigns, particularly with games. But it doesnât need to be complicated; in fact, simple, straightforward rewards actually perform the best for getting people to donate. Stick to the tried-and-true things that people like, such as t-shirts (low tier), unique in-game items (medium tier), and custom in-game NPC characters (high tier). Around those basics, try to build in a couple of rewards that are unique and compelling to your game. And for the godly top tier investments ($1,000 or more), try to make them feel very personal, such as a trip to the office and lunch with the team.

From the Kickstarter Zeitgeist slideshow, we can see that the average donation was $31. Kickstarters live and die by the $20-$80 reward tiers, and you should expect to do the same. To get ideas, look at other projects in your category: do you offer comparable rewards at competitive prices? Once youâve mapped out what you want your prizes to be, you should make sure that your reward tiers build off of each other. Each reward tier should contain in the previous reward tier, with few exceptions. This entices people to donate more and also makes sure that people donât have to choose between two donation tiers to get the rewards they want.

Lastly, you shouldÂ read about Star Commandâs experienceÂ funding their game on Kickstarter. They made a lot of prizes material goods such as t-shirts, and made those prizes only slightly more expensive than the shirt itself. What ended up happening was they spent a significant amount of their funding just paying out swag. The lessons to learn here are that you should aim to offer compelling virtual goods first, and save material goods for the higher tiers. It also means that you should factor the price of every reward tier into the final âcostâ of the reward.

Keeping your audience engaged
Even well-set-up Kickstarter campaigns live and die by marketing. When youâre planning out your Kickstarter project, donât save marketing planning for later, after the project has been put up. Often times, a big initial project launch burst can create the momentum you need to show prospective donors that your campaign is likely to succeed. Every project launch should be undertaken with a full marketing plan in place for launch day. This should include setting up press about the project (with an embargo for your project launch day), setting up a blog and writing the first post, and setting up social media profiles. In fact, the best campaigns utilize social media and player communities to build buzz about their game from day 1. In particular, submitting your project to relevant sub-Reddits and other content sites can help you get a lot of exposure for your project quickly.

Once you launch the campaign, follow Twitter religiously and make sure you personally follow and thank everyone that Tweets about your project. Be sure to employ similar tactics on social networks, forums, and Reddit. You want to be very engaged and grateful to donors, especially at this early stage. Doing so, you will also build an initial audience that you can use to power your marketing campaign for the rest of the project (even after funding closes!).

With this audience in hand, you want to keep them engaged as much as possible. Post frequent updates to the Kickstarter page, sharing your excitement with your following and giving them sneak peeks at what youâre building. These updates also make great meat for social media and give your audience the impression that you are working hard on your project. You can also opt to release more videos via Youtube of the productâs progress, or even just a thank you video from your team.

Unfair Advantages
While not necessary, there are some things that can provide unfair advantages to your Kickstarter project that you should definitely look into. A big part of why DoubleFineâs Kickstarter project did so well is because it was backed by the star power of Tim Schafer. While itâs not likely that you can get a Tim Schafer-caliber figure to support your project, thereâs still something to be said for personally recruiting internet-famous people one-on-one to publicly support your project before you launch. An endorsement from someone dear to the specific player segment youâre targeting would be ideal (ie get Sid Meier to endorse a strategy game, not a racing game). This tactic is a long shot, but itâs the kind of thing that if successful can be a huge boon to your project.

Another unfair advantage is the intellectual property, or IP, associated with your game. While IP is tricky (this is a good slide deckÂ explaining the negotiating process), it is not nearly as difficult to obtain as it seems at first glance. If you have a proven track record in the game industry, you can convince larger brands to partner with you, and if you donât, you can still convince small or indie brands that donât have plans to move into the space youâre addressing. When talking to these companies, be sure to lean on the Kickstarter magic and emphasize how your campaign is going to bring them a lot of press and exposure. 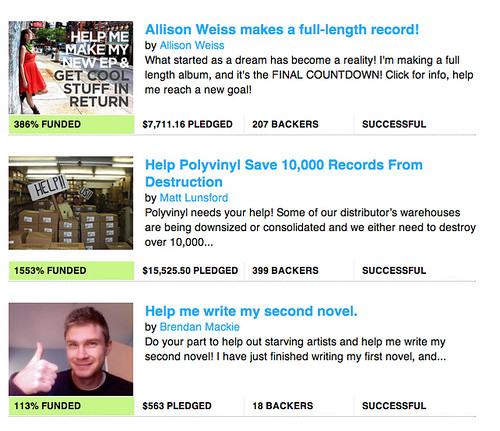 Conclusion
In conclusion, creating a successful Kickstarter campaign isnât hard, but simply putting a project on Kickstarter doesnât guarantee success either. You need to have a well-produced video, a concise description, compelling prizes, and a solid marketing plan that starts on launch day. And maybe even an unfair advantage or two. Just follow the tips in this guide and youâll stand out from the countless dud projects that clutter Kickstarter. But remember, building and running a Kickstarter campaign is a full time job, as your project should be for the months after you successfully fundraise. Treat it as such, and youâll be well on your way to having a successful campaign. Good luck!

Afterward
A big thank you to everyone who contributed their knowledge to the Stanford GSB mailing list thread:Â Shannon Clark,Â Corvus Elrod,Â Chris HatalaÂ (whoseÂ projectÂ was successful, congrats Chris!),Â Thomas Bidaux, and others. Your knowledge and advice made this post possible.