Why I uninstalled Clash Royale


It’s been long time coming but in just few hours after the season reset and Supercell got me to the moment when I uninstalled Clash Royale. That was a first for me. It felt almost like a rage quit.

[This article is cross-posted from the author's personal website, www.fortunovi.com]

I have been playing the game since it came out. After a couple of months it got boring and I have covered why I uninstalled Clash Royale back then in this article: http://fortunovi.com/2016/05/26/lost-interest-clash-royale/
I eventually re-installed the game and slowly started to move up the ranks. They have added a lot of content and game modes thus it was a totally different experience than before. It was fun and it could be fun even without competing. So one could take their time to build up the deck while playing 2vs2, clan battles or tournaments until your card levels matched the current competitive rank. 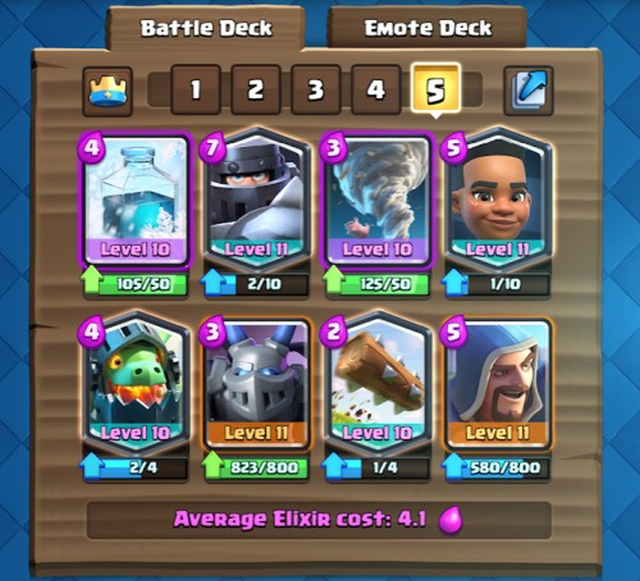 I hit the competitive and for a couple of weeks I had almost 100% win rate. In this short period I won 1400 trophies, from 3800 to 5200 which is huuuuge. This is like 3 leagues up from the basic Challenger I to Master I. To put things into perspective the trophies also unlock different arenas. Starting from 300 trophies you get the last Arena 13 at 4000 trophies, thus anything beyond that is end game.

After some digging which by the way IS NOT how the player needs to find out what the heck is going on, I did find out that after you pass 4000 Trophies and you get into the Leagues your Trophies are RESET every month with a factor of 1/2 of your Trophies above 4000. OK, got it … BUT IT Sucks, you know why?

Why it sucks BIG TIME

OK, so I got back into competitive and WOW I was obliterated. The game kept throwing at me players with higher level and better cards. I will take a second to explain this. Basically you have a King level which determines the Health Points of your 2 Towers and the Castle. You also have card levels which are not linked to the King level. It’s harder to fight against higher level kings because they will have more HP buildings. But it’s much harder to play against higher level decks because their units will have more HP, Dmg, etc. 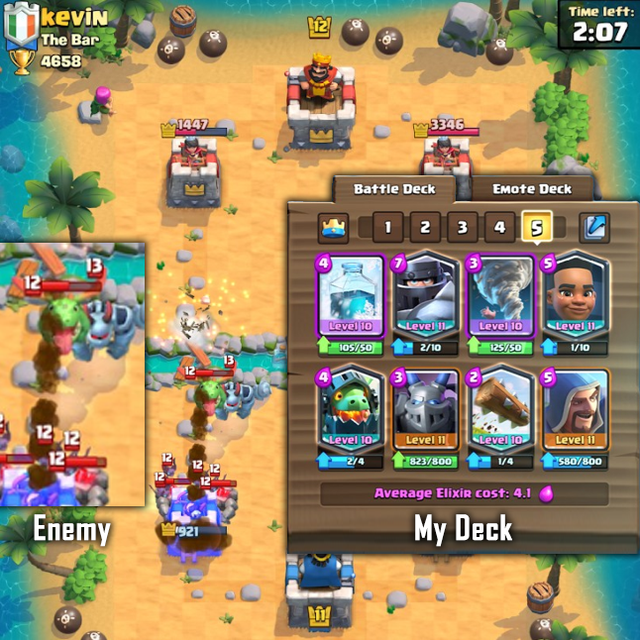 I am Level 11 King and have deck of 10s and 11s and since the reset I had 50% matchmaking against players level 12 and 100% matchmaking against decks with 12s and 13s levels of cards. And this is almost a guaranteed loss especially on higher ranks where people know how to play. Just as an example if 2 wizards level 11 fight each other on even ground they will eventually kill each-other, but if one is level 12 he will survive and this can mean you lost.

Let’s summarize Before VS After UX (User Experience)

How can a matchmaking system suck that much?

I can’t understand why would a system even allow for players to match against each other with decks so far away in power that the probability of the lower level player to win is close to Zero? Can somebody explain this to me? Not that there are not enough players – the game is popular AF. It’s not even pay-to-win in these cases – it’s just a blatant all-out unfairness, it’s like the game is saying “I decided you should LOSE now” and not only for a single fight but it was like 10 games in a row. I only continued playing to gather some screenshots.

You cannot do this to the players without even giving them a clear explanation. Not only did I had all my hard-won Trophies taken away from me but afterwards I I have been constantly thrown to the wolves and higher-end players who obliterated me. Talk about bad design, well – this is the worst I’ve ever seen.
Been playing this game for 2 years straight almost every day. It took only 8 hours from the latest season reset to call it a quit and I uninstalled Clash Royale. Sayonara!