Greenlight: The Times They Are A-Changin'


If youâre like me, youâve probably devoured every Greenlight postmortem you can find. Although a lot of that valuable advice still stands today, the Greenlight process is much different than it was even a year ago. The floodgates are opening, and now mostly anybody can get Greenlit without any marketing or fanfare. I would know because I was the last person on Earth who thought I could get a game Greenlit, and Iâm not trying to be modest. My game, Home is Where One Starts..., was a niche submission with no puzzles or action, a 15-minute story, and no prior marketing whatsoever. To my dismay, it was Greenlit in 13 days, which Iâm told is impressive for a personâs first game with no following or fans. How was it that simple? Iâll try to explain my thoughts on the Greenlight process from a hobbyist perspective.

Of course, the system is still the sameââyesâ votes help your game climb the charts which attracts Valveâs attention. However, one systematic change is how games arenât Greenlit in large batches anymore, but instead thereâs a constant stream. Also, while the first Greenlight games needed 30,000 votes at least to be considered, you can be Greenlit with just a little over 2,000 now (and probablyÂ will lower even further in the future). Iâm not sure why the public isnât as interested as much with Greenlight submissions (maybe itâs related to the Kickstarter decline?), but there are still the small, dedicated group of voters who log in just to do some rapid-fire voting sessions.

Those dedicated voters are your key to being Greenlit now. About 85% of my votes came from inside Steam organically, which honestly makes all the external referrals way less important. I did get some decent press for my campaign, but the only one that added a blip on the radar was Rock Paper Shotgun. So the question is how do you catch the attention of these devoted voters? 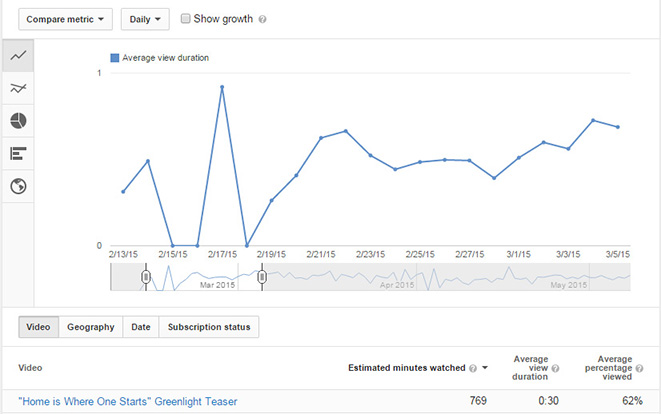 My teaser video on YouTube was 48 seconds, and even that was probably too long. According to my YouTube analytics, it was only watched for an average of 30 seconds before they exited. My Greenlight analytics say the same thing: an average of 26 seconds before they moved on. These voters donât research your website, look through your blog posts, check out your insightful tweets... they watch the trailer for a few seconds and then vote with their gut. This isnât exactly fair, but this is how it works now. Greenlight is an elevator pitch to a kid with ADHD, not a thoughtful presentation to Socrates.

The next key question is how do we appeal to these potential fans? This is what helped me, but your mileage may vary.

How do the Greenlight stats look for a game with no prior marketing? Slow and steady, thatâs for sure. 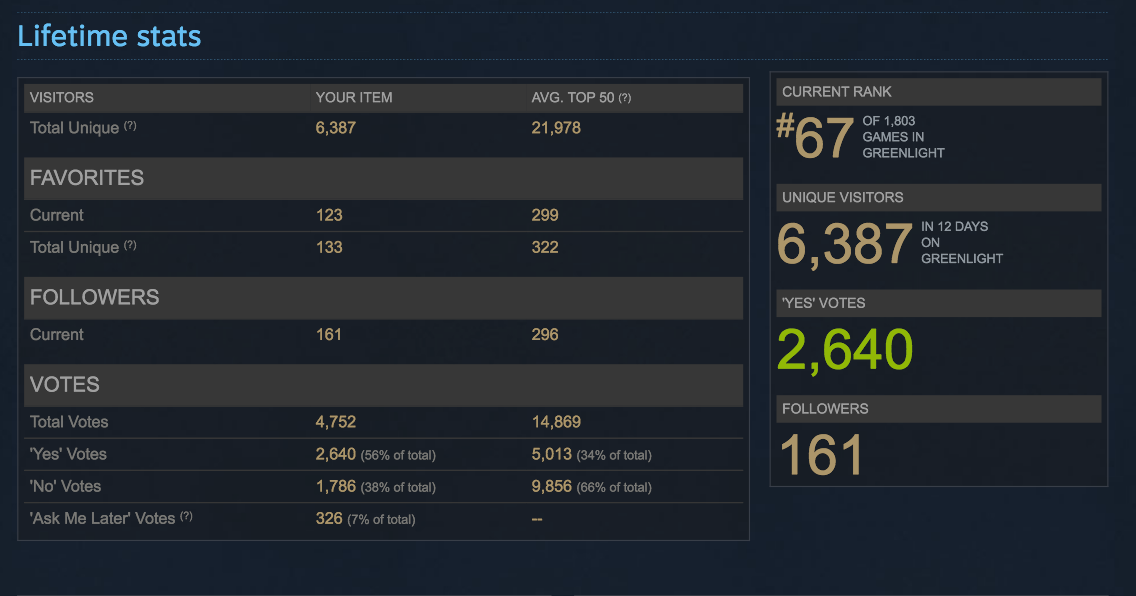 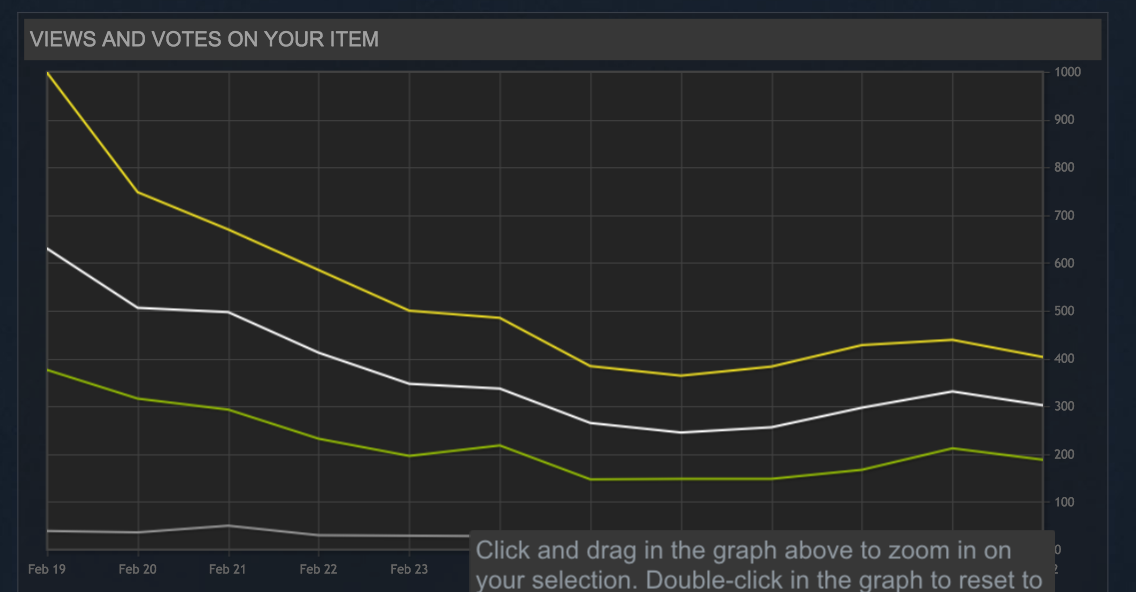 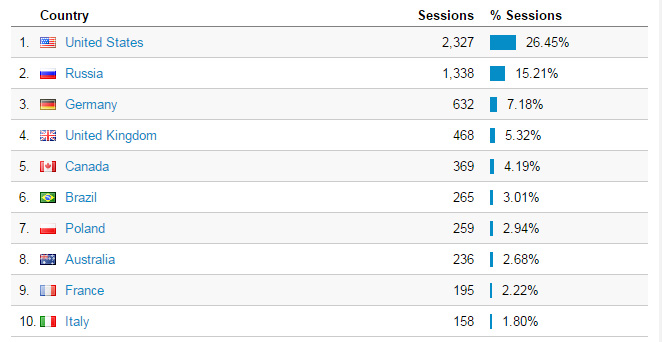 This was the day before itÂ was Greenlit. Nothing too exciting, just a steady rise up the charts (although the amount of viewers from Russia was a little surprising. Maybe consider a Russian translation of your game?). Itâs important to note that Rock Paper Shotgun covered my game two days before I was Greenlit. I think Valve notices when small spikes in traffic keep happening even after your debut. Having a huge spike the first couple days then nothing afterwards probably wonât help your chances.

My point is that anybody can make a game, and that anybody can sell it on Steam. I know almost nothing about coding, Iâm not the greatest artist around, and I just picked up Unity on a whim a couple years ago for fun. What started as a hobby project will soon be released on Steam, and it began with a story I wanted to share with the world. There are legitimate criticisms about Greenlight and how Valve is leaning towards a more open marketplace, but for me itâs exciting to see gaming go in experimental directions that AAA games canât afford to go. Of course that means that much of the work (especially marketing) needs to happen after youâre Greenlit, but thatâs what comes with the territory. I wish you all the best in your Greenlight campaigns... now stop reading about Greenlight and polish your trailer up more!

Home is Where One Starts... launches on Steam and itch.io on May 13th.