Hi there. A few months ago my friend and I performed something like a gamedev experiment. It was 'just create a trashy game, update it as frequently as possible and make it better based on usersâ and Google Analyticsâ feedback'. We didn't want to spend 6 months on developing another game that will get stuck among thousands ofother games on Google Play. Moreover, we didn't have as much as 6 months. It was more like a quick execution of a half-witted idea. We wanted our game to evolve based on the user feedback and our conclusions.

So, what was the idea for the game? Every time I had a browse in Google Play I wondered how a game about tapping an egg can become so popular. âOver 5 millions downloads of a simple tapping app. Holy f*ck, what is going on here?â - I asked myself. 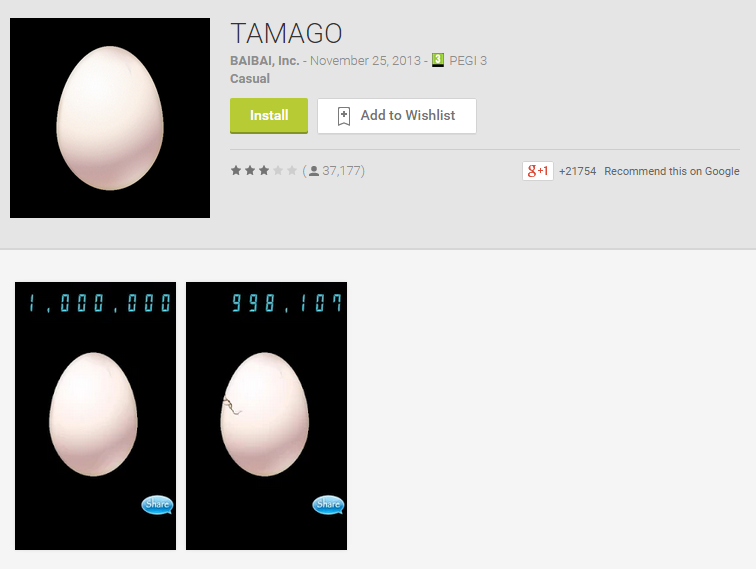 The game average rating wasÂ 3.0 and people still was downloading it. Apparently, the rating does not matter... You can clearly see that for Google Play the number of downloads is more important than the rating. This game is the first search result for the âeggâ keyword.

So the idea was: Letâs make a simple egg tapping game as fast as possible. Ingredients: free music, 50% of free graphics, 50% graphics made by my friend, 5 hours of programming, 2 hours of making screens and putting the game on Google Play and here we go: Pet Baby Egg

Every time you tap the egg, you get closer to obtaining another pet. The next levels obviously become more and more difficult.

The only challenge for the player was to collect all pets, nothing more. Boooooring.Now letâs take a look at some stats. 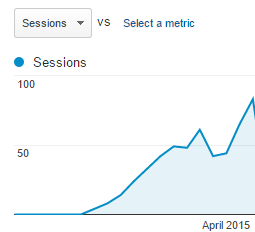 Damn, somebody has actually downloaded it! :D

611 sessions in 2 weeks. No marketing. Just keywords and the game. Only 46.2% of returning visitors means that after a month or two, nobody will play this game anymore.

The average session lasted only 3:03.First conclusions: Let's try to interest the player. Let's give more content to get a longer session duration. So when a player gets a new pet, why not let him take care of it?

We added basic tamagotchi features: a kitchen to feed the pet, a fun room to play ball with and a bedroom to sleep. Moreover, a player could earn money by playing with his pet and by tapping the egg. There was also a shop to spend the earned money on food. It took us maybe a week to implement some new graphics and some new code in our spare time. Thatâs what we got:

And after 7 days of version 1.1 being available in the Google Play Store we had the following stats: 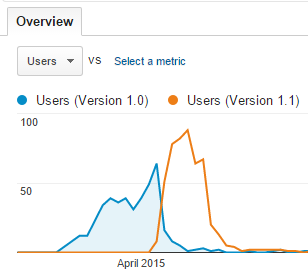 The number of new installations increased by around 20%! 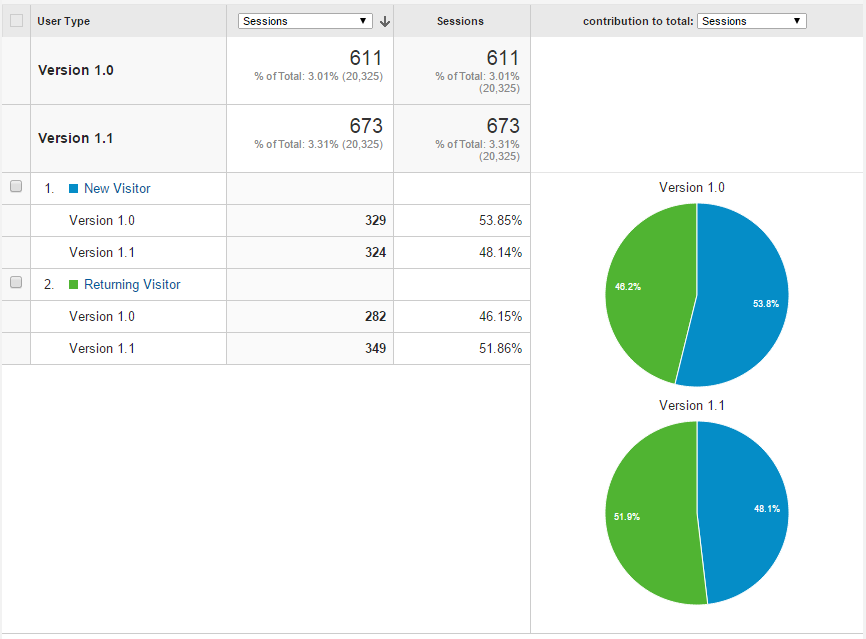 And... the average session duration almost doubled! That made sense!

So it was time to draw more conclusions:Â There were a bunch of game events. We exactly knew what users did in the game.

We analyzed the top events from the game and we came up with these results: the most popular event is âtouching the ballâ (thanks to the physics engine that made it fun for the player). The users got 1 coin for 1 tap on the ball or the egg. But we were surprised by how few users bought balls in the shop. Our conclusion was that they didnât know how to earn money. They play the ball with their pets but they donât know that it gets them money. 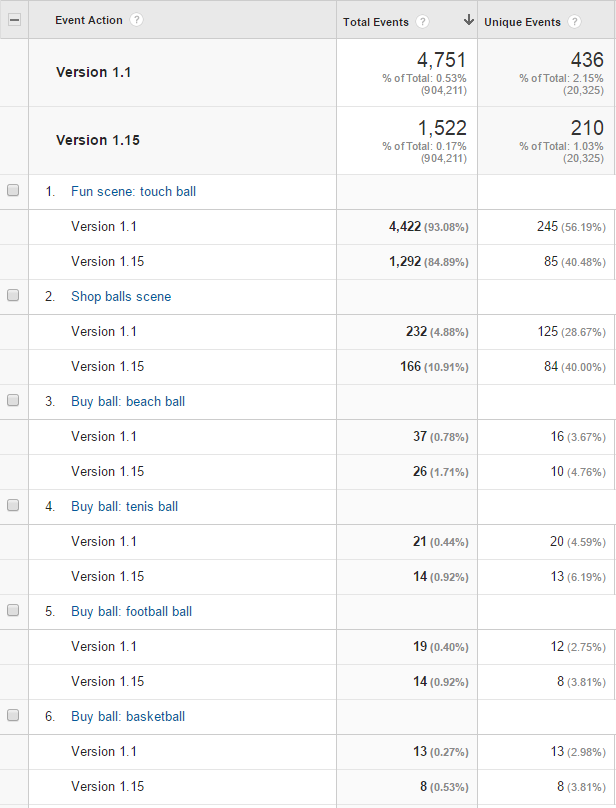 It took more than a week to implement it but we added special indicators to show the levels of hunger, happiness and energy. Our goal was to engage the users more to take care of their pet or to return to the game more often. Playing ball with the pet also became more interactive as it could now play with us!Â

More content and a mini game to earn coins! - version 1.3

OK. We had a simple pet care simulator, but we wanted to add more items to be available for purchase. They became expensive (there was inflation in our small game because we didnât pay enough attention to economy in the game). For example, we made wallpaper available to be put in one of the rooms for 5000 coins. We thought we had to introduce a new way to earn more money so we implemented a mini game that made it possible.

The retention growth up to 70.5%! It is 13% more than in version 1.2! It was definitely worth implementing.

In this version we fixed some bugs and added more items and features to the game. It was the last update we made to this game.

The average session duration increased to 8:20 which is a 273% growth compared with theÂ starting point from version 1.0!

We donât encourage you to make poor game and update it, because in the long run it is not cost-effective. But we strongly encourage you to use Google Analytics and analyze the data you get!Â