The importance of a Pose and other observations in a weekend game jam.


Puppet Guardian was our entry for Ludum Dare 32, the purpose of the game is to eliminate all enemies in one room at the exact same time in any method, usingÂ your magical puppet.Â

Our goal in Puppet Guardian,Â was to create a quick paced action title with a wizard! It HAD to be a wizard. We had no idea what strange weapon the wizard would use, since the theme was An Unconventional Weapon, but we really wanted this conventional character. One of the frustrations in the process ofÂ creation is placing too much focus on one particular idea, but we HAD to use a wizard. Wizards = magic, and magic = yes!

Before getting to any form of animation, we had to know who or what we would be animating, thus weÂ began the process of what magic the player would be in control of, andÂ more importantly, how they should control it.Â Our initial idea was a lantern that the player would hold and perform different magical feats based on button combinationsÂ (Magicka does a great job at button manipulation to give that feeling of casting a spell),

but the magical lamp has been done before (Aladdin) so we brainstormed some other item that can still pack a punch for a more personal approach. Thus we came to a puppet. A sock puppet to be precise, something ofÂ which I am familiar with after joining project puppet.Â

After coming up with the design, we were off to the races. Our team has a background in animation so we spent a great deal of time and effort into the main poses. Being an action title that had you up close to the enemies, we made sure to place a lot of emphasis into the impact. A great point of reference for this is "Little Mac" in Super Smash Bros Wii U.Â

The top frame shows a loose sketch of the dynamic pose that should be shown with each hit. In retrospect, we should have also played with the face on the puppet a bit more to REALLY telegraph that impact since the importance is placed in what the player sees and how long they see it for. To get a proper reaction, the best option for any action title is to hold the pose as well but quick enough so that it is felt. Overdoing a pose with too many frames could also have its draw backs when it becomes unnatural to the player. That is why this falls under art, there is an art to poses. The artist should know the process of ANTICIPATION - KEY POSE - FOLLOW THROUGHÂ and the art comes into play when deciding how many frames each part of the process should be for your game.Â For our action title we knew the anticipation had to be short. The difference between two and threeÂ frames can lead toÂ unfair gameplay and control lag. 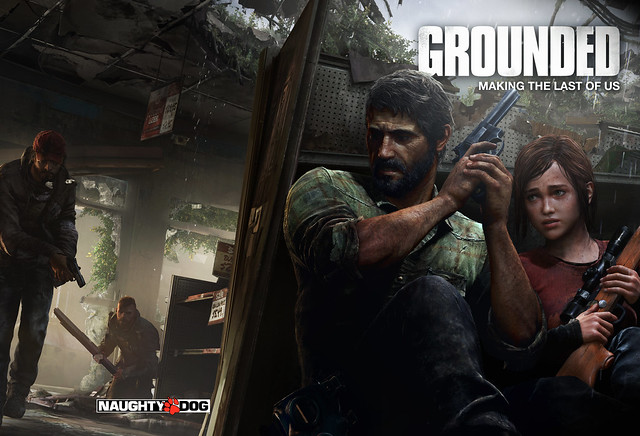 Titles such as The Last of Us discuss this in their documentary GroundedÂ the significance in FEEL. "In real life, a guy hitting a guy takes a half aÂ secondÂ but in a game world, you want it to be instantaneous" becauseÂ "Lives are at stake!".Â For our title, we tested and implemented a variety of holds for our key poseÂ and ended with 0.05Â seconds with our anticipation, 0.2 with our punch key pose and 0.05 with our follow-through for our player character, the wizard!

When designing the enemy, we also went with a strong silhouette that can also deliver a devestating blow to the player. The Anticipation, Key Pose, and Follow-Through with the enemies are just as important than the main player character. Every game must feel fair to the player, no one wants to feel cheated therefore telegraphing attacks and hits from and on the enemy should be handled with care. If the enemy strikes too fast, the player could miss the action and have no idea what they did wrong. Also,Â the impact wouldÂ feel light if the enemy isn't reacting to it as if it were hit by a freight train. Which is why exaggeration plays a large role in animation and poses. Another point made by Grounded,Â there is a 0 frame delay when it comes to showing the striked oppponent. In the real world, we would see the transition between one pose to the next, and this is important to show in a feature animated movie, to keep things plausible, but in a game world... feeling rules.Â

In our first attempt at making a sidescrolling action title we learned the meaning of superior edge. As players feel cheated if an action is not telegraphed, they will also feel cheated if the strike does not connect in the first place. This leads to the HITBOX.Â

Our first action title, Je Suis Pierre, the hitbox for the player character was much shorter than the enemies. This was balanced by making the player much more agile than the enemy but there was still a great amount of frustration. The impact was not felt. The enemies would march up and attack before the player has a chance to defend themselves. The problem lied in the fact that once the enemy telegraphed their attack, the player would strike first based on their point of reference in distance to the enemy and would miss every time. This was fixed in Puppet Guardian when the players hitbox was given more range than the enemies.

This image shows the range the player has to strike the enemy before the enemy has a chance to strike back. Implementing this was the crux of our title and it's something we strive to perfect for future titles. Another great design feature to exaggerate impact that was missing in Je Suis Pierre was knockback. The enemies had little to no knockback. Conversely, Puppet Guardian knocks the enemy to the other side of the map. This may seem like too much of an exaggeration but it became an important feature for the sake of our game.Â Sound, Particle Effects and CameraÂ are a few of the many facets of the design process when designing impactÂ but we find that discussions on the pose and how to design it deserves its due today.Â

We hope this information proves as helpful for anyone as the experience was for us. If you wish to check out our entry just check out the link here.Â Puppet Guardian