The Dark Zone Versus The PrisonerÂs Dilemma


Today we’re going to spend some time talking about The Division, more specifically the Dark Zone.

Backstory: In case you haven’t heard of The Division, it is a cover-based shooter with RPG elements. Imagine if you will, the mechanics of Gears of War but with a leveling system, which has an effect on how much damage the player will do. The Dark Zone is the PvP (player vs. player) area of The Division.

In the Dark Zone, the player is tasked with collecting loot by killing enemies, then making their way over to an extraction zone to drop off their loot. This is because they have to “decontaminate” the loot before they can use it. When they have loot, a little yellow pouch appears on their backpack to notify other players they have some loot. Upon reaching the extraction zone, they can call in a helicopter that can take loot from four players at a time. The helicopter takes about ninety seconds to reach the players. During this time, the players will have to defend against waves of enemies who spawn in and attack them. Once the helicopter has arrived, the players will need to make their way to the helicopter and drop off their loot by holding a button for a few seconds to secure it. 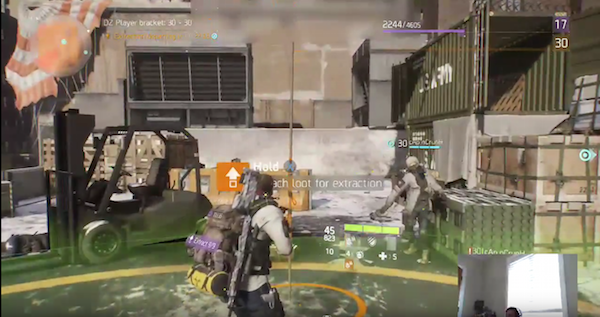 So, that’s the dark zone in a nutshell.

Wait you said there was going to be PvP?

Ah! Yes! Of course! At any given time, other players can find you, kill you, and steal all of your hard earned loot. In concept, this sounds like it could be a really cool idea. Let me elaborate on how the PvP works:

I think the developers were attempting to create a version of the prisoner’s dilemma by creating this system.

For anyone who does not know it, here’s a brief Wikipedia excerpt about the prisoner’s dilemma:

Two members of a criminal gang are arrested and imprisoned. Each prisoner is in solitary confinement with no means of communicating with the other. The prosecutors lack sufficient evidence to convict the pair on the principle charge. They hope to get both sentenced to a year in prison on a lesser charge. Simultaneously, the prosecutors offer each prisoner a bargain. Each prisoner is given the opportunity either to betray the other by testifying that the other committed the crime, or to cooperate with the other by remaining silent. The offer is:

For a further explanation, please enjoy This Place's video:

If we take this into account when looking at The Division, we can see that much like both of the prisoners staying quiet, if players leave each other alone or even work together they will get something. Probably not the best thing for either of them but something nonetheless.

If one player betrays the other and steals their loot, they have come out on top with more loot! And the other player comes out with nothing.

Sadly, it is impossible for both players to betray one another because one will go rogue. The killed player won’t be able to do anything to the player that betrayed them, unless they can find them again after they respawn but before the rogue timer of the other player runs out. 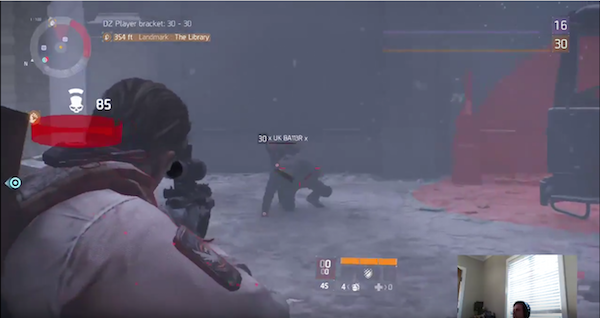 This brings me to the issue with the mechanic. The punishment for going rogue is fairly severe, with every other player hunting the rogue without fear, while the reward is completely random. When the criminal decides to betray his buddy, he is banking on the other player not betraying them first. The developers attempted to create a similar feeing by having the other players be the great equalizers. So if you betray someone, you’re going to have quite a few other people coming after you.

While this does still give a light feeling of the dilemma, it’s like having the mafia waiting outside for the two guys, and if they only see one they know to kill him. And kill him they will.

Another issue with this is, it’s a response. In the dilemma, the prisoners are separated and neither can make the decision with any influence from the others. In the Dark Zone, players can talk to one another, which already allows them to try and lie or work together. This is a pretty cool concept, but it turns the dilemma on its head. So now our prisoners are instead being questioned together, and they can talk to one another in private without the police watching, and are then given a chance later to give their final answer, while separated, to the police. In this case, players talk about not killing one another, then one can change their mind without saying anything, and kill the other player.

So the player now has the mafia chasing them, not to mention the guy who he betrayed who got out of prison early on good behavior, as the player they killed can respawn nearby. I’d bet that nine times out of ten, players who go rogue with the intention of stealing other player’s gear don’t make it out alive.

Side note: There are groups of trolls who like to kill other players but eventually even they get overrun.

Not only do they not make it out alive, but they lose Dark Zone experience, Dark Zone funds and their own loot. 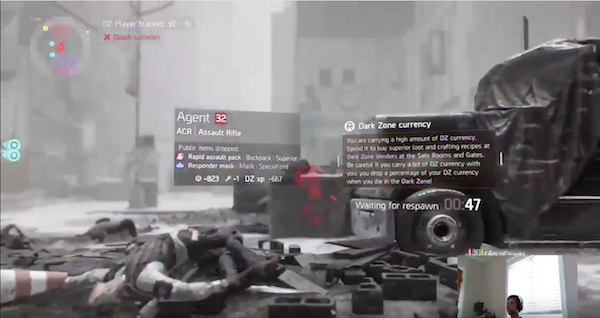 This brings me to the biggest issue with the Dark Zone Dilemma. There is no incentive to go rogue. Yes, you can kill a player and steal their loot. But even if you do, you have no idea what they have on them until they drop it, and more than often than not, the player is not going to have anything of value. Let me remind you this is a loot based RPG that means A LOT of weak items drop and only a few good ones do. So there is a high chance that when you do kill another player, they are going to drop something worthless.

Because of this, the prisoner dilemma is absolutely trashed. If I’m a prisoner and the police give me the option to betray my buddy, but they say “Eh, instead of locking you up for three years, we’re only going to lock you up for one to three years, but most likely still three,” I might betray him. A chance is nice! Not amazing but nice. But let’s think about if they are asking me to betray a mob boss. So the boss will go to jail and I could get out a few years earlier, but I’ll spend the rest of my life running from the mob that is constantly trying to kill me. Let’s be honest, they are probably going to be waiting for me the day I get released. Why the hell would I betray them? This is the biggest problem with The Division’s Dark Zone.

While I believe the Dark Zone was created with these really cool ideas in mind, the lack of rewards versus high risk is not worth it. This has created a very polite Dark Zone where no one bothers one another. And aside from trolls who decide to go rogue and really have no actual desire to extract, or purposely move into another player’s line of fire to get shot and make that player rogue, no one goes rogue.

So, how do we fix this? We need to make it worth it to a player to go rogue. I think a system where the bag, which notifies other players you have gear, changes color based on the rarity of the loot inside will make players feel as if going rogue is worth it. If someone has a very rare item, like a purple rarity gun, change the bag purple. I feel like this will further increase tension on both sides and make players more likely to go rogue when another player has something really rare. While this could make for something like the end of The Departed, it would also make for some really intense firefights.

Side note: for those who haven’t seen The Departed, SPOILERS! This is the ending! There is some blood. You’ve been warned!

The second change I’d like to see would be to the punishment of the players who have gone rogue. Losing money, annoying but fine. Having a waypoint above their head that let’s other players easily hunt them down, fine. Losing experience and levels is not. If they must keep it, then let the player lose experience up until they would level down, and not lose any more experience or levels past that point. But I’d like to see them get rid of that punishment altogether. By the way, that same punishment happens to players who haven’t gone rogue. Get killed, lose experience. I’ve dropped entire levels from being killed a few times in a row. It’s insanely frustrating and makes you want to die even less, which further pushes me from wanting to go rogue because my chance of death increases exponentially. Remember, while rogue, everything is hunting you.

I hope this enlightened you to how the prisoner’s dilemma, one of the most interesting game theory concepts, can go so wrong in a game. I hope you enjoyed this post and I’d love to hear what changes you think would make the players more likely to go rogue without breaking the game.