When I joined a small Friday links madness on Twitter back in 2019, where an enthusiastic indiedev started a hashtag #IndieWorldOrder* - it blew up! We have got that feeling of unity and since then we are gathering together and supporting each other, as we all know how it is, trying to make our dream creations, being most of the time a hobby.

This year, a convention that took one year of those awesome guys' lives is a reality. You can all download it for free and check out all the amazing indiegames booths here: IWOCon_2021. 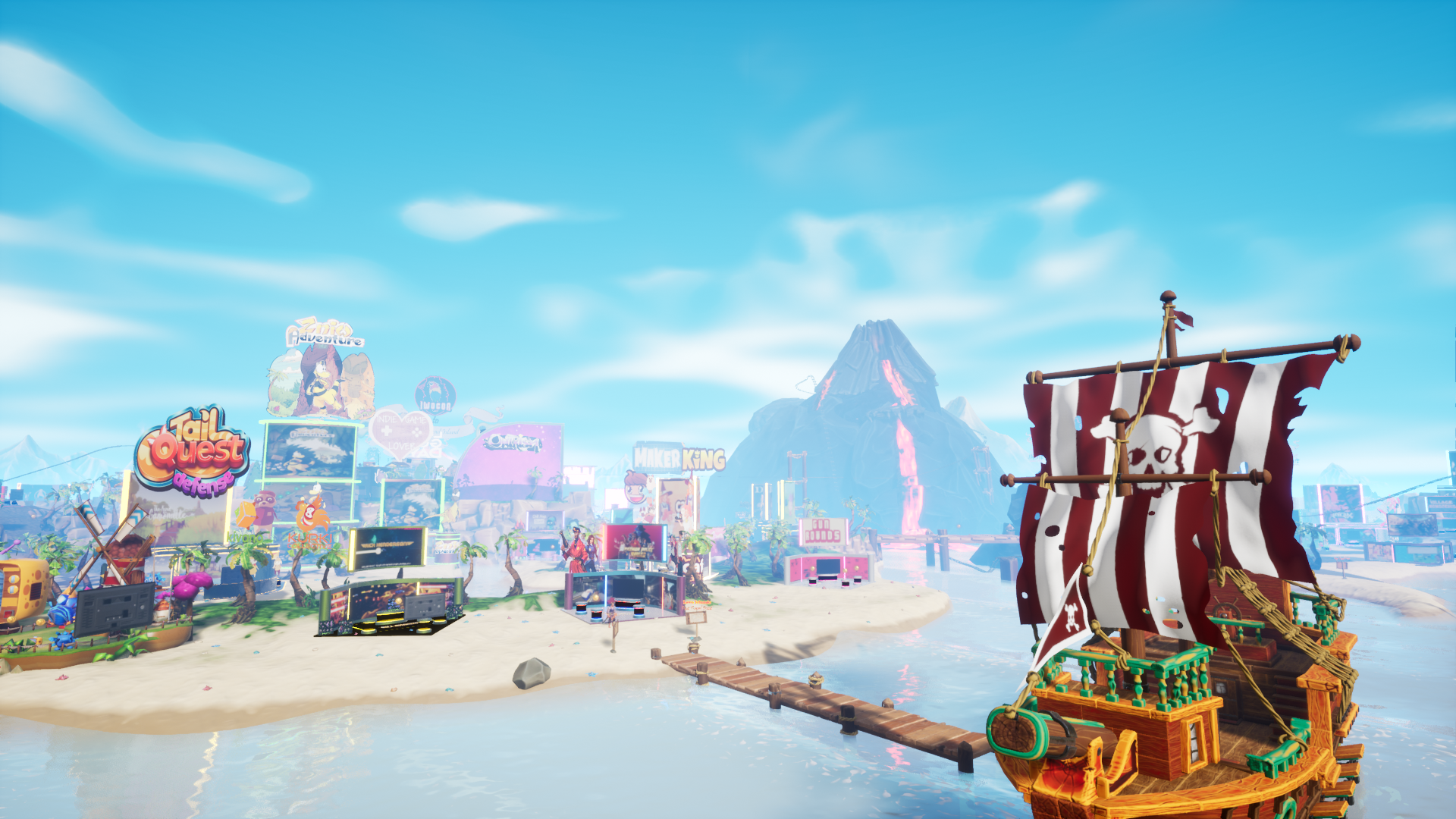 It's like a real convention, without the real convention's headache - it's just you and the games you would like to meet, at your pace, without queues and with access to Steam or official pages of those games, so you can add them to the wishlist instantly. And a lot of fun activities like collecting coins, parrots and ridiculous hats, smashing obstacles, spreading mayhem with canons, destroying pirate ships, paragliding or riding a stunning IndieCoaster! 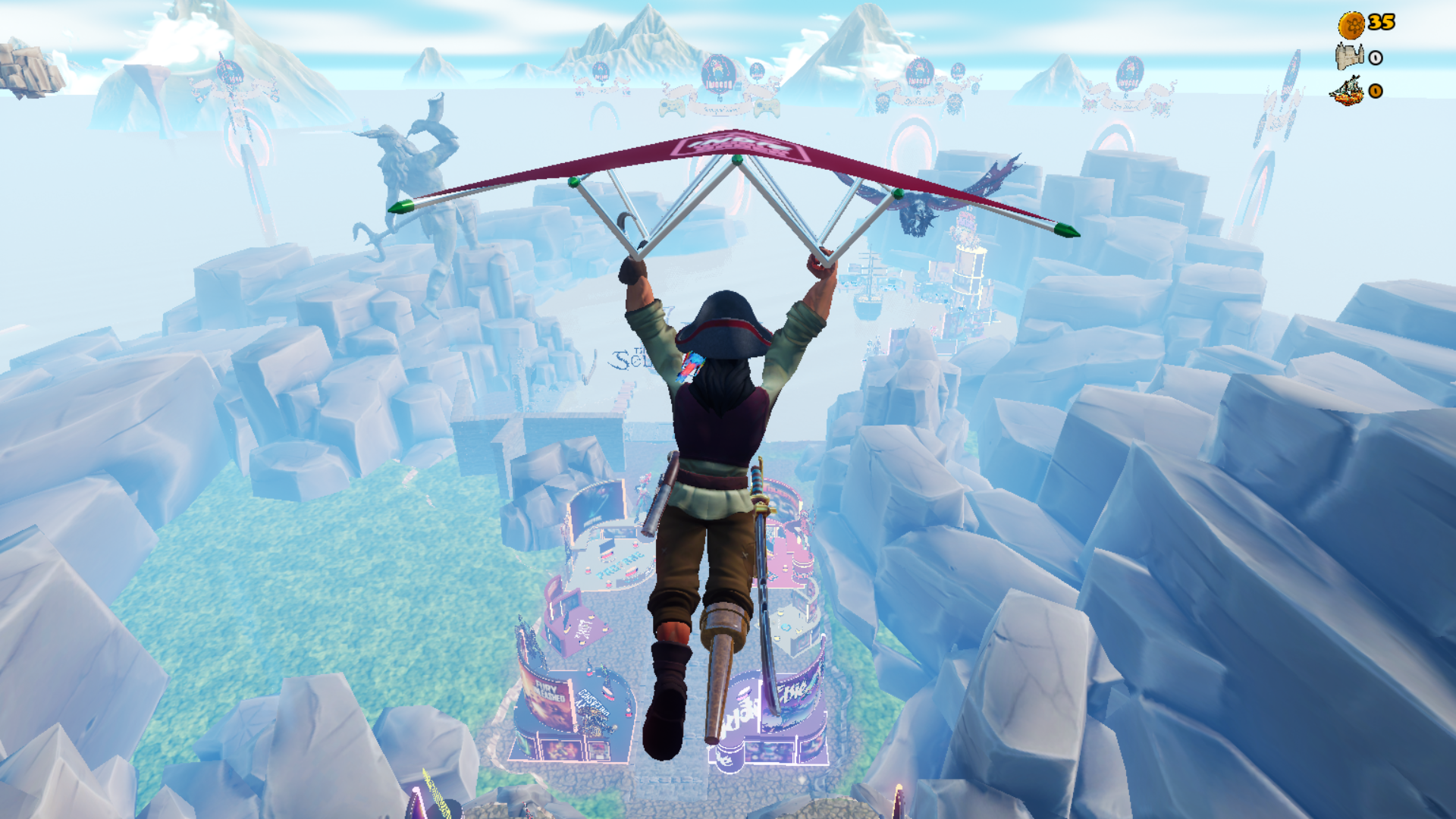 As a pirate you dock your ship on an Island that looks like one big crossover - diverse indiegames, publishers and... trees. It surely has the pirate climate.  Whenever you come closer to one of the amazing looking booths - a trailer is starting to play from YT exclusively for you and a popup window with info and links for the game appears and you can click on one of the options to open e.g. a Steam page in your browser. You can come closer, change to FPP perspective and admire the screenshots carefully taken by indiedevs that wanted to show off their game as best as possible. You can use Photo Mode to fly around the islands and share those beautiful shots on socials ;) 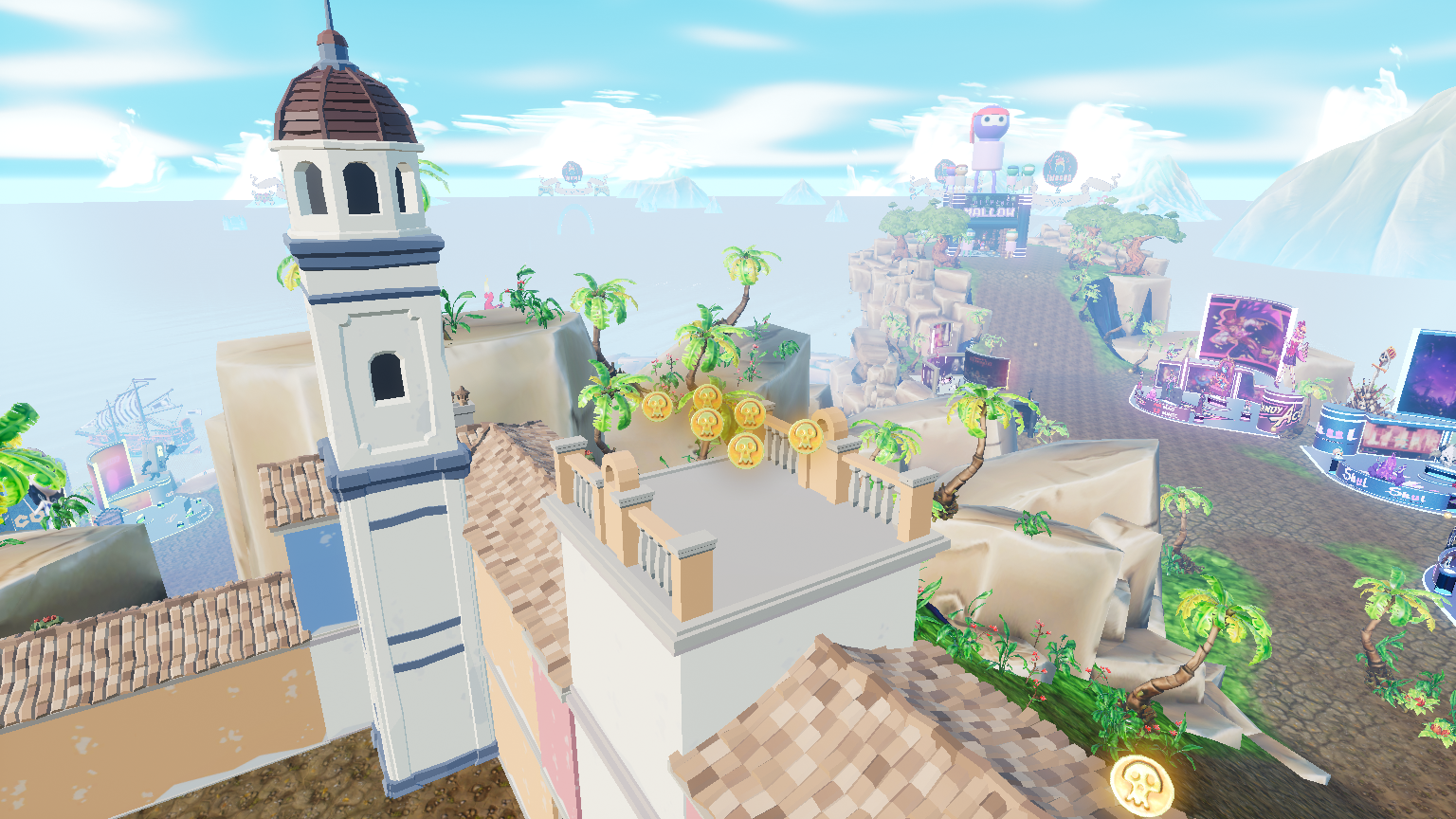 It's not only a digital game - IWOCon is an event much wider! There are a lot of streams ongoing and for example, Christian Allen from Unreal Engine (Epic) will be a speaker today! Check out the whole schedule :)
And obviously at this point, I would need to brag, as I will also try my hand at streaming (and it will be my first time! ^^) and will talk a little bit about Defold - a game engine I am using to make my fantasy platformer RPG - Witchcrafter - which of course have a booth too - I made this in Unreal Engine for the event! 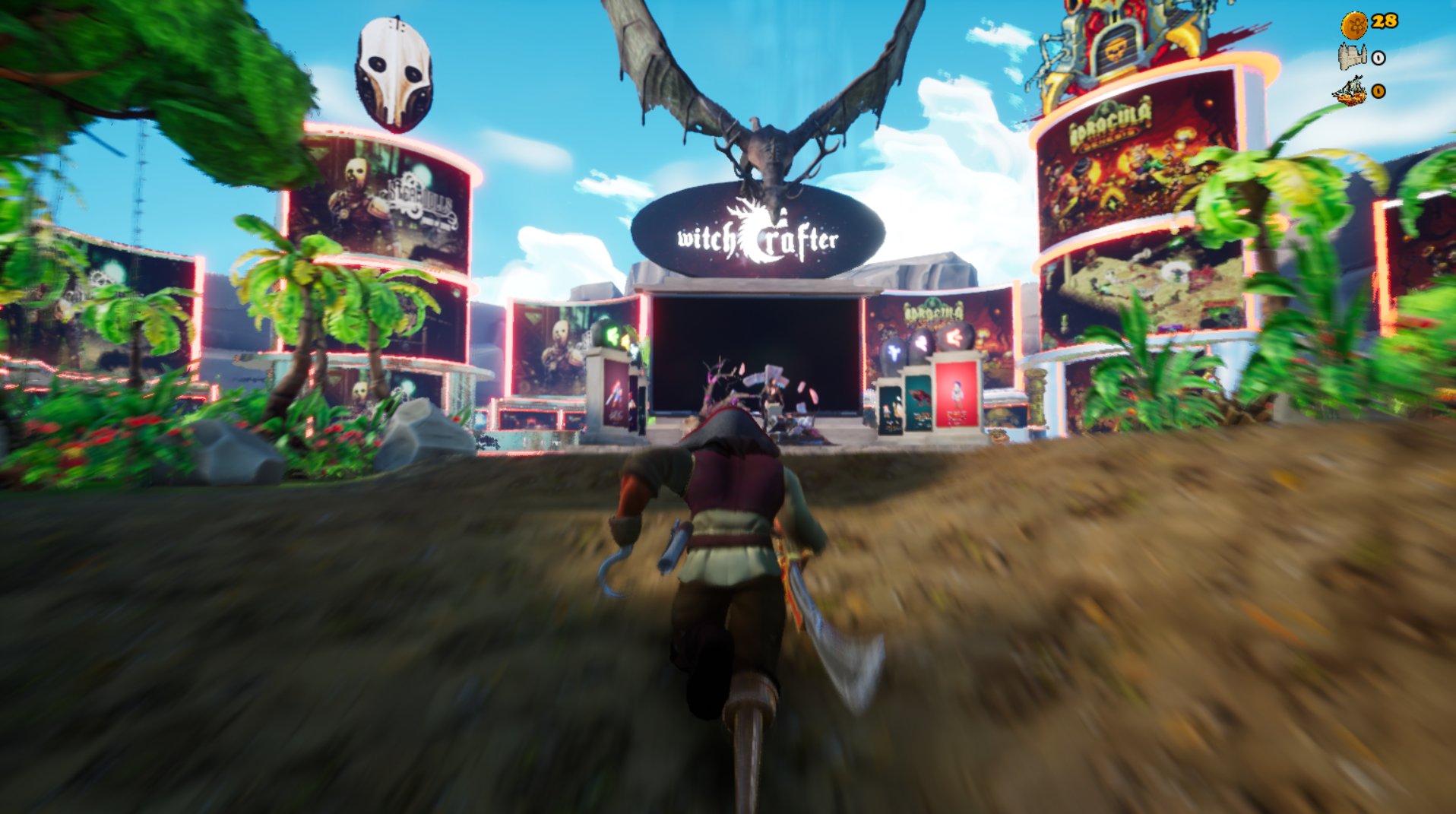 There are of course many people behind IWOCon - HELM Systems - creators of The Soul Keeper, who made and lead the whole Unreal project, Indie Game Lover who always supports and highlights indiegames beside of making this convention a reality, Ancalabro who delayed his awesome games in favor of IWOCon, Skull who meanwhile started Side Scroller Magazine to support indies even more, official IWOCon streamer Hour who is highlighting IWOCon constantly! Sponsors helped as well to make this a real thing, but I would need to flood this article with links to highlight all of them - check out the credits!

Even Steam featured IWOCon on the front page and you can check out so many amazing indiegames there! 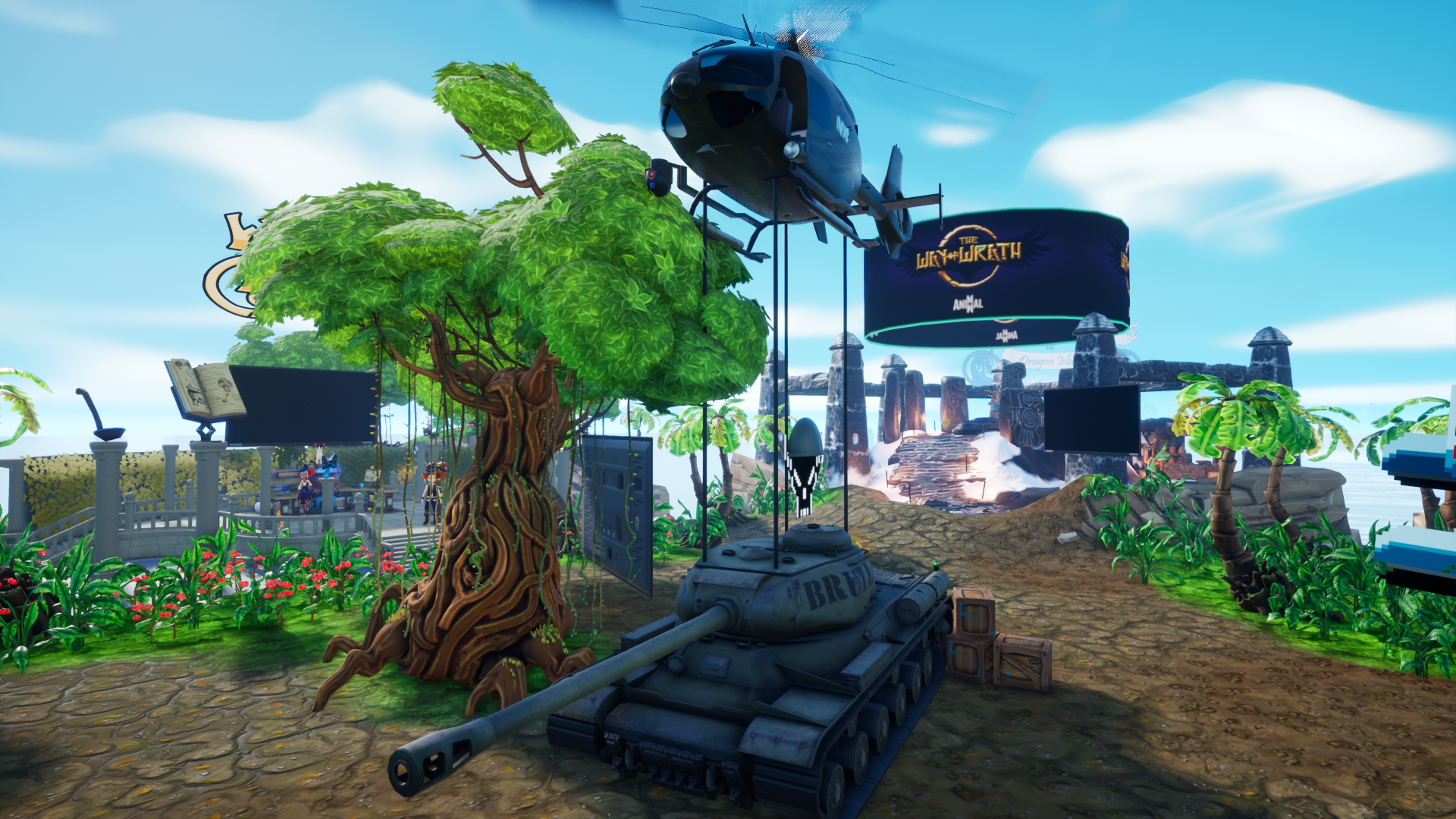 Such an event, made totally voluntarily, from indies, for indies is an excellent example of how such small, humble communities are able to unite and make great things. I just strongly advise to support such kind of events, as this is only going to be bigger and better next time!

(*at first it was #IndieDevWorldOrder to be accurate, but we are supporting all indies now!)