How to Make a Casual Mobile Game: Uprising - Project Structure


Congratulations! While writing the cycle of developing our mobile game, we’ve finally arrived to a technical section. It is time to discuss the under-the-hood of Uprising game. While it is absolutely impossible to describe all technical decisions made in the project in the scope of a single article, we’ll try to outline a generic approach that you could possibly use to some extent in your projects based on the experience of our game dev studio Knocknock Games.

This project uses 3 scenes (well, technically, it could be done in two scenes, the third was added for convenience:

Of course, there could be different scene layout as well, such as using additive scenes for HUD, menu, 3D scene, etc., but here we used our best judgment to split project into scenes and our design assumed complete separation of pre-game and game experiences, so, we found it is OK to have back and forth loading (where, by the way, some behind-the-scenes maintenance is done (i.e. manual garbage collection)

Our game uses a lot of different data, so we have a lot of data files. There are about 55 different upgrade parameters with many of them having 150 levels. All values are pre-calculated and stored in JSON files, which might not be a good fit for every project, but for this one - it is fine. Gamedata is loaded only once during initialization, so the format doesn’t really matter here.

In addition to 55 upgrades data files, we also have the following entities:

The game tries to follow concept one class - one file, so 250 classes are what we have in this title. Additionally, try to keep code files as small as possible. In my opinion, a larger number of logical entities is more manageable than files, that turn into sheets of code. I’ve previously been on a AAA project, which had a class with 13k lines in it - it is really a so-so experience.

Some DTO objects aside, there are two types of source code files (no, these are not bad and ugly): Managers and Controllers. This is the code convention we chose to ease developers' lives.

This game heavily utilizes singleton pattern and singletons are called Managers here, so we have such classes as UniverseManager, LevelPlayManager, ProfileManager, etc. While some might argue that Singleton is not the best way to do things, I see no issues with it and try to make as many objects singletons as possible. Our game developers try to follow the rule: if something will/should exist only in a single quantity (i.e. HUD) - make it a singleton as they are much more convenient to control.

There can be many more conditions, depending on the project, but you’ll eventually end up coding a simple Finite State Machine that does level switching. 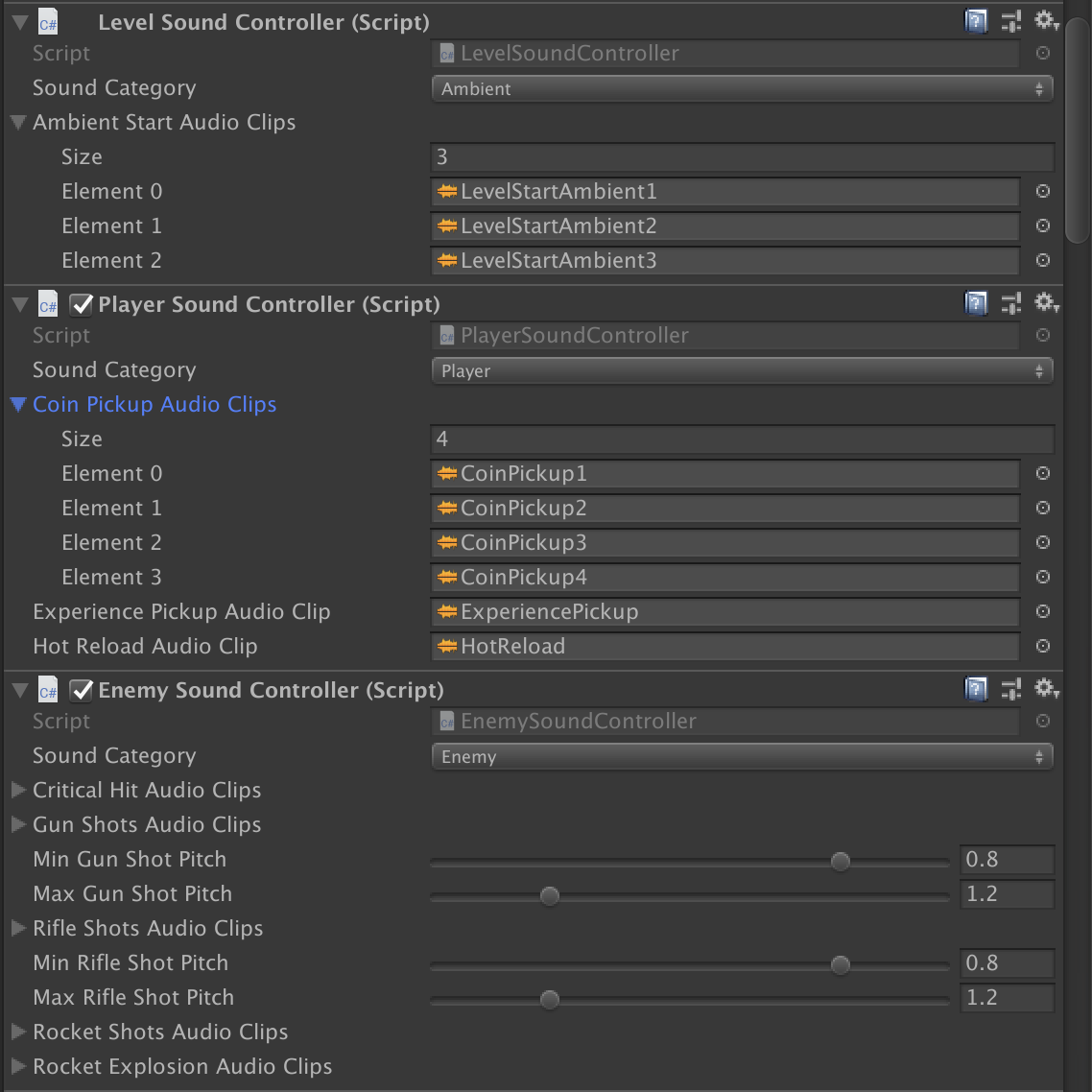 Again, it is arguable, that the object’s sounds should be attached to the object itself and controlled by the object. I.e. if enemy shoots - he plays bullet shot sound or something like that. I’m against this approach, because:

The overall principle which I follow when structuring a project - is to keep it as simple and maintainable as possible and the following basic rules:

All the above contain buttons that can be pressed, interactive elements, that are animated, based on different conditions, status labels constantly updated. But this all is HUD. This is a lot of quite difficult logic here. If we’d keep everything in a single HUDManager, it’d easily surpass 5000 lines mark, which goes far beyond being manageable.

Well, I hope this article was useful to give you one of the possible options on how to organize your project. Don’t forget to download our mobile game Uprising and read the whole cycle of its development. Till next time!