What engine do you use?


I sometimes get the question, âwhat engine do you use?â
Â

When I don't answer, inquirers can sometimes get frustrated. They want to know, because games media has taught us that game engines are what make games happen. Even if this is true on a practical level, itâs not a reason to tell anyone which engine youâre using.
Â

To illustrate why, letâs talk about an imaginary soft drink for a second. Weâll call it Pop. It's sugary, unhealthy and has a stylistically outdated logo. If a character in your favourite TV show walks up to a vending machine and scrambles out quarters for a Pop, itâs not by chance. The production company gets paid for the screen time. Gets paid even more if the character takes a deep swig and exhales satisfactorily. If Pop's clichÃ©d slogan gets mentioned in casual conversation - more zeroes on the bill!

This is product placement, and itâs what makes you recognise Pop as a brand in the first place, if it wasnât imaginary. It's such an integral part of our lives that people living far outside the U.S. can still recognise coffee shop chains, food products and various other things they've never seen in real life, because sitcoms and films get paid to feature them. I know this first-hand, from all the Starbucks selfies that exploded onto my social network when the chain opened its doors in Stockholm.
Â

Product placement has generated revenue for many years and made us recognise countless brands well beyond their awkward prime time commercials. Cigarette-smoking femme fatales come up as early examples, but someone who knows film history better than me can probably tell when it really took off.

What I can tell is that cigarette smoking is still widely accepted as conversation filler in because beautiful well-respected actors are smoking on screen and looking good doing it. The health effects and other factors are not as compelling as the image of independence cultivated by clever marketers.

But what on Earth does this have to do with game engines?
Â 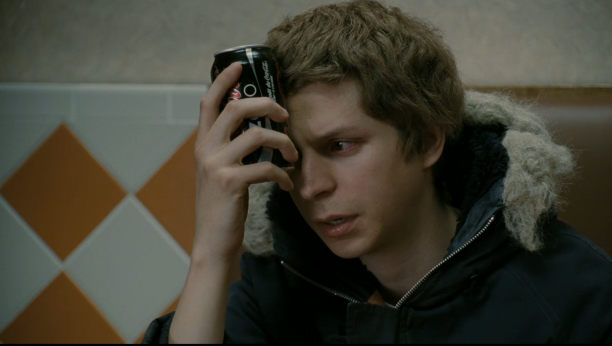 Well, the reason people ask which engine weâre using is because they know some of them from press releases and tech videos that games media is all too eager to distribute.

People recognise the logos, the feature abbreviations and many other things about these engines. They know the superficial value of the engines, so they want you to tell them which engine you use because they think it gives them an impression of which features to expect from your game.

The differences between an official tech demo and a playable game is a discussion all its own, and though engines may have specific strengths or weaknesses, they are very rarely what reviewers or consumers would think. (Hint: it rarely has anything to do with graphics.)

Still, most of us answer the engine question without thinking. It's just a nice and innocent question, isn't it? It's not like you're spilling secrets on national security.

Well, by the same token as Popâs appearance in Hollywood would never be an accident, this isnât information you should give away for free. If you tell someone which engine youâre using, the engine provider should pay you for it or at the very least offer you a better deal on the engine. If not, youâre providing free advertising for something that youâre paying to use.

Companies like CryTek, Havok, YoYo, Epic, and Unity donât make engines because theyâre nice and friendly people, even if they are also nice and friendly people. They make engines because they want to make money selling those engines. A service that you gladly pay them for, because it puts you in a much better spot than having to write and document a renderer, tools pipeline and myriad other systems that make games happen. But this doesnât mean you should give them free advertising - youâre paying them for a service.

The other end of the same problem is when a game pitch or interview sells an idea by merit of its engine rather than what experience the game is offering. This serves the opposite purpose of what you might think. It highlights the value of the engine, but devalues you as a developer, because consumers and reviewers again bring the press release perspective on what to expect. A perspective that's probably very different from your own reasons for choosing that very engine.
Â

If you get paid or get a better deal on the engine when you promote the engine this way, by all means, make it part of your pitch strategy. But if you donât, youâre doing yourself a massive disservice by playing on the engineâs credibility at the cost of your own, and generating expectations that are unlikely to match what youâll actually deliver. Especially if the same engine has been used for massive projects staffed by hundreds of people, and youâre ten budding game devs who recently graduated from a game dev university.
Â

In game development, we are the beautiful well-respected people who look good doing what we do, and inspire aspiring developers to invest in the same brands. Doesnât matter if itâs a can of soda, a pack of cigarettes, or the decision of which engine to use. The exposure and credibility given to an engine when a developer talks about that engine is crucial to its market value.

So next time someone wants you to talk about Pop, Pop should pay you for it.