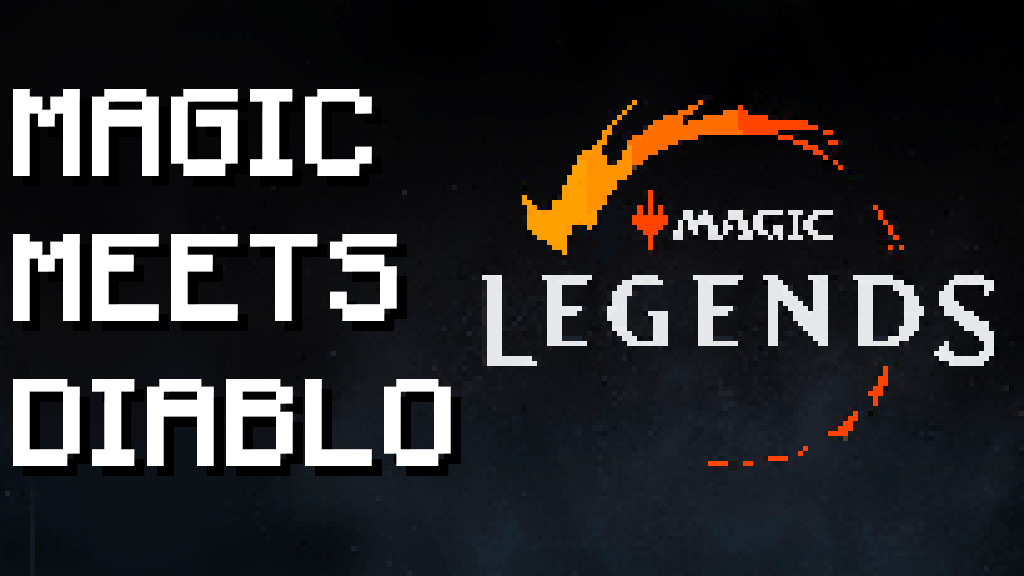 Last week, Magic Legends (an Action RPG MMO based on the Magic: The Gathering universe) started it’s Open Beta period, and as a good MTG fanboy I had to try it out.

After several hours casting spells and travelling through planes killing everything that had a health bar, I think I’ve seen enough to have a general idea of the game mechanics and what intentions for the game are.

So in case you’re still wondering if you should play or just want to know the basics, here is my quick analysis and predictions:

For those that are not familiar with it, we can define Magic Legends as a free-to-play Diablo-like MMORPG based in the popular Magic: The Gathering collectible card game (about which I’ve already spoken at my blog).

The game is available in PC in several stores including the Epic Store, and is expected to be released later in this year in Playstation and Xbox.

The game is the latest MMO’s developed by Cryptic Studios (Star Trek Online, Champions Online…), which is subsidiary of Perfect World Entertainment (a games publisher specialized on free-to-play MMORPGS).
These folks have released tons of MMOs, and are among the biggest experts on this genre in the industry right now.

A bit surprisingly, coming from devs used to employ a similar formula for many of their games, Magic Legends either simplifies, removes or hides some features that are standard of MMORPGs like Guilds, Crafting, Item Looting or Tradehouses.
Instead, it puts a huge focus in the action gameplay and character progression.

The game has a bit of an frankenstein design, since it mixes mechanics from MMORPG, Action RPG and CCG:

A MIX WITH PROBLEMS

A lot of the mechanics presented above seem quite exciting at a first glance, especially the idea of deckbuilding your skills. Unfortunately, several of these mechanics look better on paper than on reality, and the design has been very criticised by fans.
Some of its issues are:

Due to this, my prediction is that the deckbuilding & draw system will go away and be replaced by a traditional system: The player will be able to equip ~8 skills, which will be always available with a cooldown.

Excluding the problematic card systems, the combination of fast paced action gameplay on top of MMORPG seem to mix well for a potential PVP mode, although this competitive layer seems to be absent on the game right now.

When it comes to monetization, the balance seems extremely aggressive: The smallest purchasable pack is 9.99$, while the highest is 199.99$, which is definitively not industry standards on free-to-play nowadays.

But it’s not only the packs: Most in-game prices seem to range $10 to $25, which is quite pricey, and the game even aims to to monetize on things like renaming a character, which are elements that in general are provided to players for free in order to fidelize them.

In general, it’s not the kind of balance which fosters that new players establish a long term customer relationship with a game.

A key monetization element which I miss particularly is a subscription model, which is a great monetization tool on games such as Elder Scrolls Online.
On ESO, the monthly subscription is almost mandatory for anyone that wants to play seriously, because it grants benefits (infinite crafting bag specially…) the lack of which severely slows down grinding, but other than that the rest of the purchases are mostly cosmetics (excluding content expansion packs).

In general, Magic Legends monetization system seems to be very whale oriented (few payers that spend a lot), rather than focused on a regular purchase amount that is affordable by most of the game community.
This is a model similar to Cryptic’s very successful Star Trek Online, but I feel it’s a bad approach on this one, because:

While perhaps not the most critical issue, I feel that on Magic Legends it’s very evident the weakness of the MTG IP: Fans are in love with the game mechanics, but not necessarily with the characters, the story and its (multiple) worlds.
None of the settings of MTG have been properly explored because the set rotation system makes them dissappear every certain time.

Ultimately, when it comes to worldbuilding, Magic Legends could be any generic fantasy setting. Key characters from the franchise (Nissa, Garruk, Nicol Bolas…) either appear doing brief cameos or are missing completely.
And because the franchise lacks support on other media (no TV & movies, no comics, no novels…), even if they did feature extensively they don’t have recognizable personalities which the players can identify.

IMO, without licensing into other media which allows to popularize the characters and setting, the chances for MTG to effectively exploit the IP beyond the main card game will be very limited.
Note: I know that MTG has books & comics, but none of these products has reached the popularity of Games Workshop’s Horus Heresy novels, and therefore in MTG more players are familiar with the gaming mechanics than with the lore, which is the opposite that happens with Warhammer 40k.
We will have to see what happens once the MTG TV series is released, though.

In particular, the beginning of the game & tutorial was quite unexciting: Just a trip through a random dungeon with an anonymous ally, following an anonymous foe.
As a comparison, on Star Trek Online, the tutorial is a series of quests which make you (among other things) fail to defend an entire planet against a Borg invasion.

The game has also gotten some flak due to several issues, which I expect to be fixed before the end of the Beta period.
While I’ve experienced a range of problems (the cinematics felt quite broken, some in-game descriptions were confusing), the bulk of the problems belong to two categories:

My personal opinion is that the game will eventually grow to a similar size to other products from Perfect World & Cryptic. Although I don’t think that without a radical change in their monetization, gameplay and more areas it can go significatively beyond what the rest of their titles have achieved.

I may have fallen victim to the hype heartbreak, but I don’t think that Magic Legends is (or even aims to be) a massive game that captivates audiences in the same way as World of Warcraft, and creates a new generation of MMORPGS.
I think that the plan for the game is to belong to a second tier MMO like Star Trek Online or Neverwinter Online, and captivate a small segment of hardcore fans from a niche IP. No more and no less than that.

As for the status of the game right now, I’d say that the reception wasn’t positive and clearly has many things to polish (bugs, AI system, the card draw system should be reviewed, performance has to be improved, monetization should be rebalanced…).

But despite the problems the game may have right now, the MMORPG genre is known for its miraculous comebacks: The reception of Star Trek Online, Elder Scrolls Online and, more recently, Fallout 76 was mixed to say the least.
And yet eventually they were able to become much better and successful products.

The MMO genre is akin to a marathon, so it’s hard to judge the future of a game based on its launch.

Thanks for reading this article!
I wasn’t planning to write anything in March (because this month’s article on how to price in-game items has mutated into a talk for an upcoming conference… I’ll keep you posted on this), but I saw the opportunity to write something quick with this game.

Special thanks this time to Ken Landen, Chong Ahn, Steve Palley and the rest of the GameMakers community, which saw an early draft of this and gave me extra feedback & suggestions.

Also, you can add me as a friend in Magic Legends as JBRIOT#11418