My name is James, I'm an indie game developer (@cbGameDev). I make bigger games with my friends in a studio I helped start up and make smaller games on my own in my spare time!

We started having issues with our loading screen icon when we updated “The Black Death” engine version to Unreal V4.20. We were using the UMG throbber widget at that point to display a rotating skull texture, however, after the update, it was fine in the editor but would only appear as a default icon in cooked builds for some reason.

I was going to try and fix it but then instead, I decided to spend a little more time creating a new custom loading icon that didn’t rely on the throbber widget and had a little more personality. I wanted to create a looping rat running silhouette (like a gif) as I thought it would fit nicely with the Plague theme of the game.

Initially, my plan was to use Unreals Paper 2D sprite system. However, I found that this was not currently supported by UMG (Unreals UI system). So I did a bit of research and in the end, I created a flipbook texture, made up a material and utilised the flipbook node instead. Below is the end result:

Here was my process: 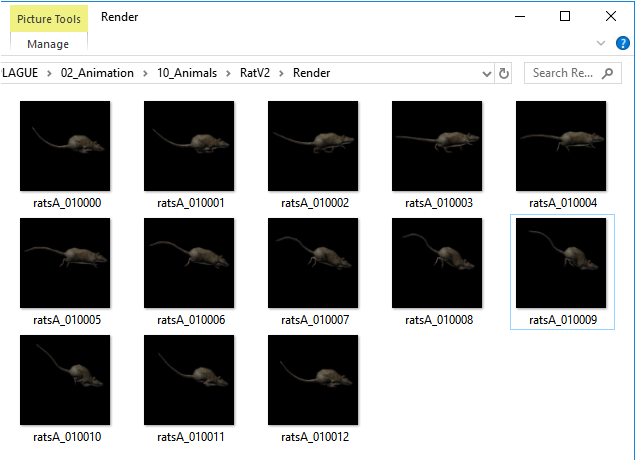 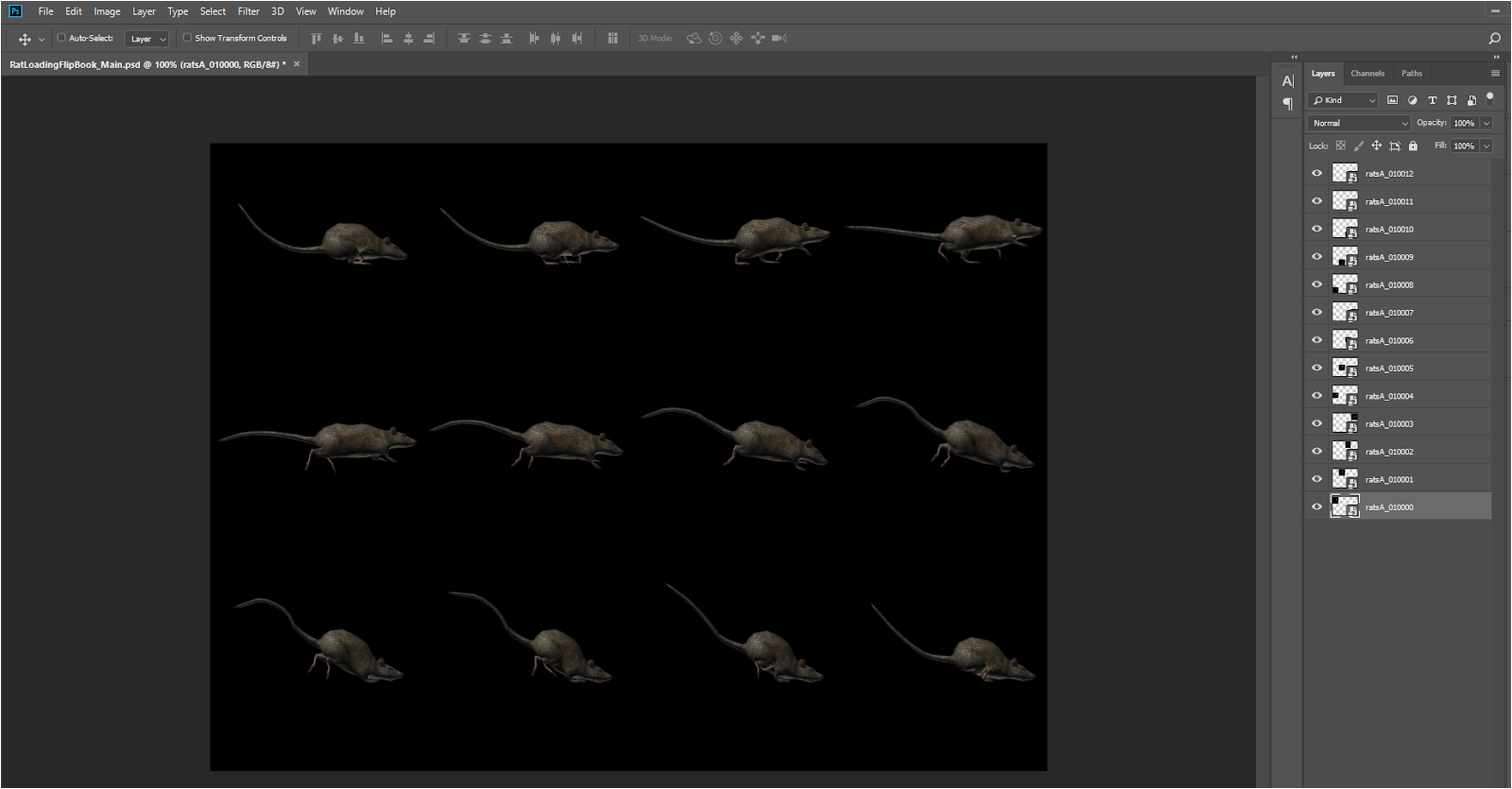 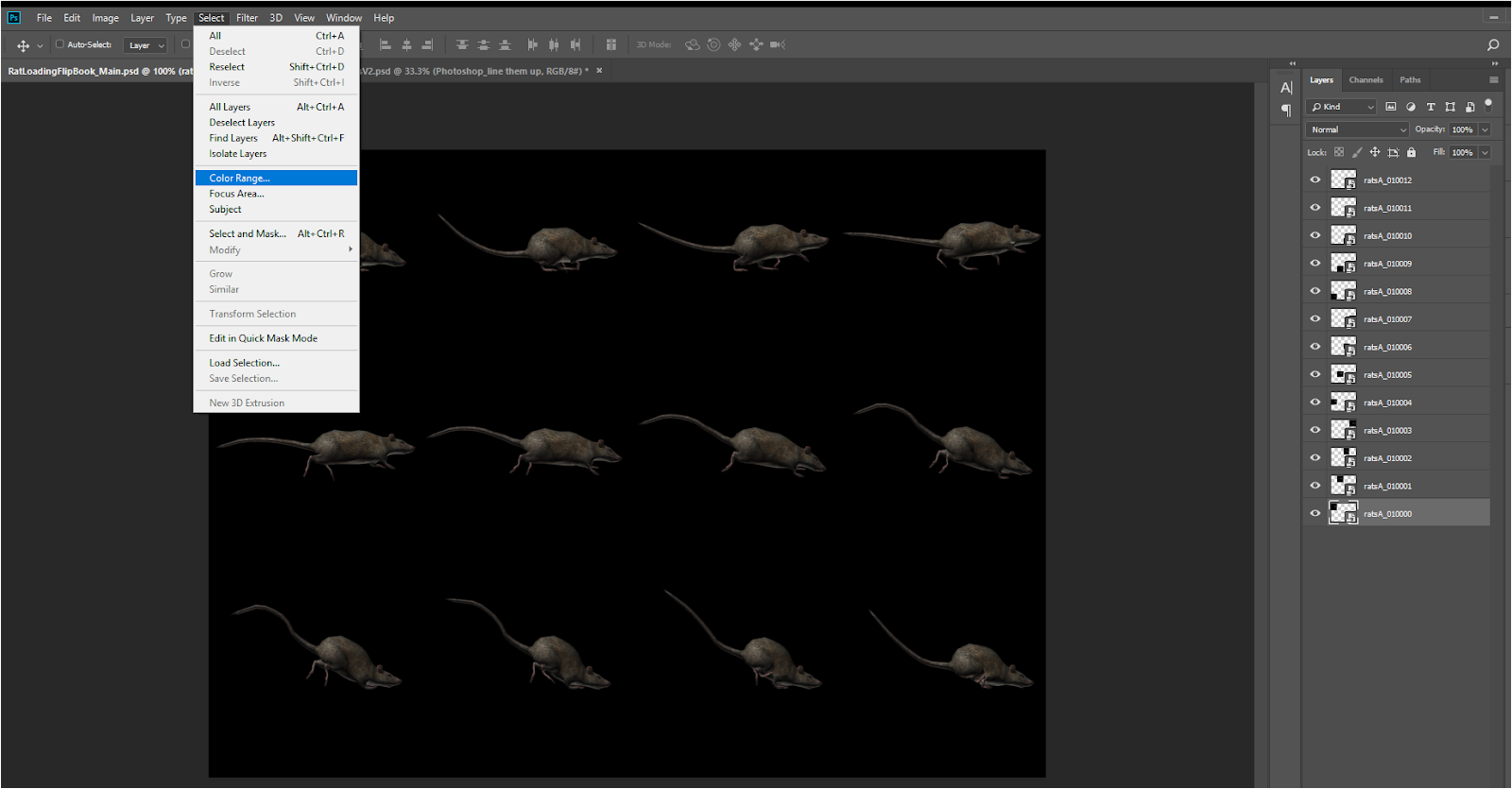 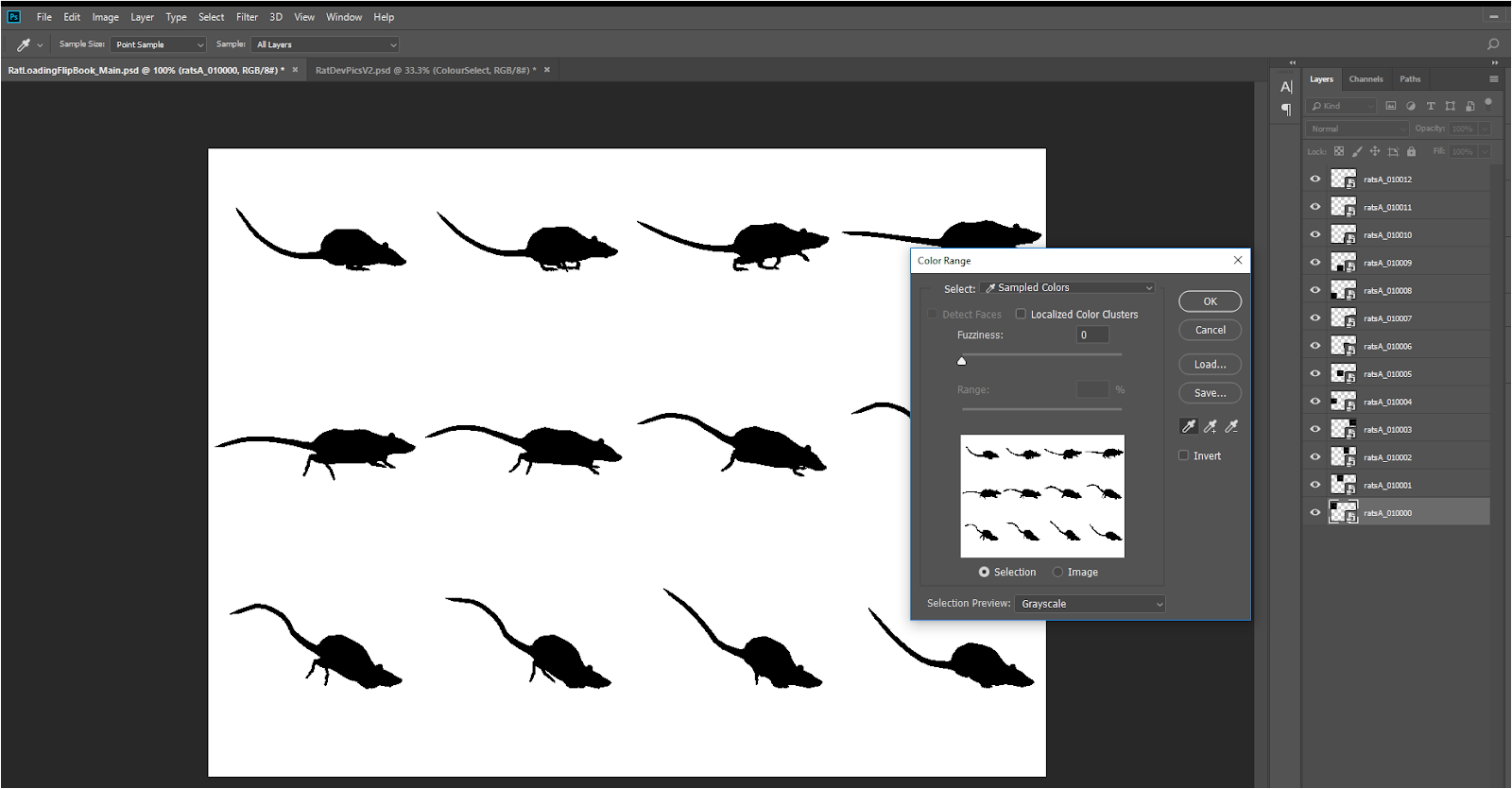 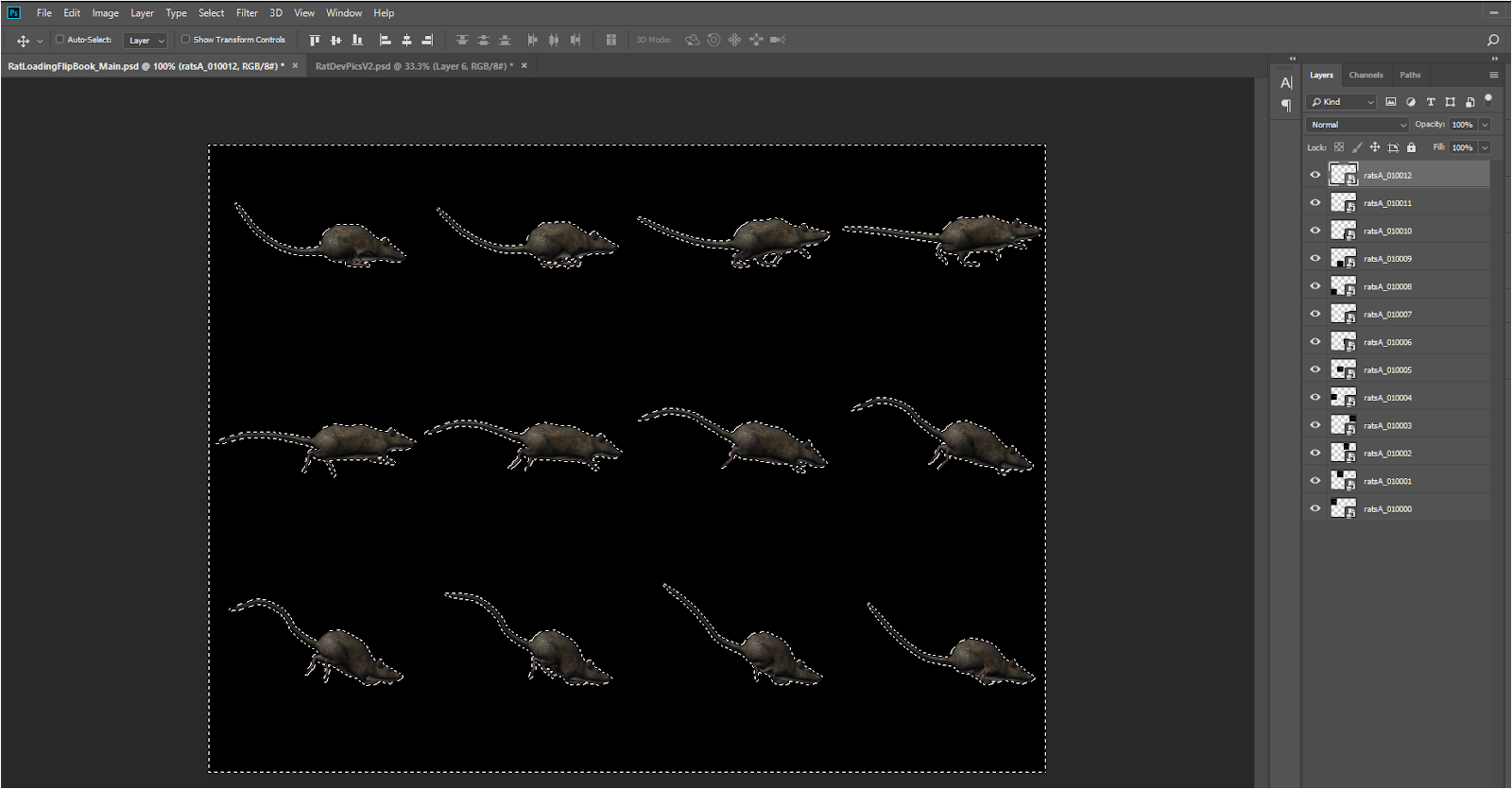 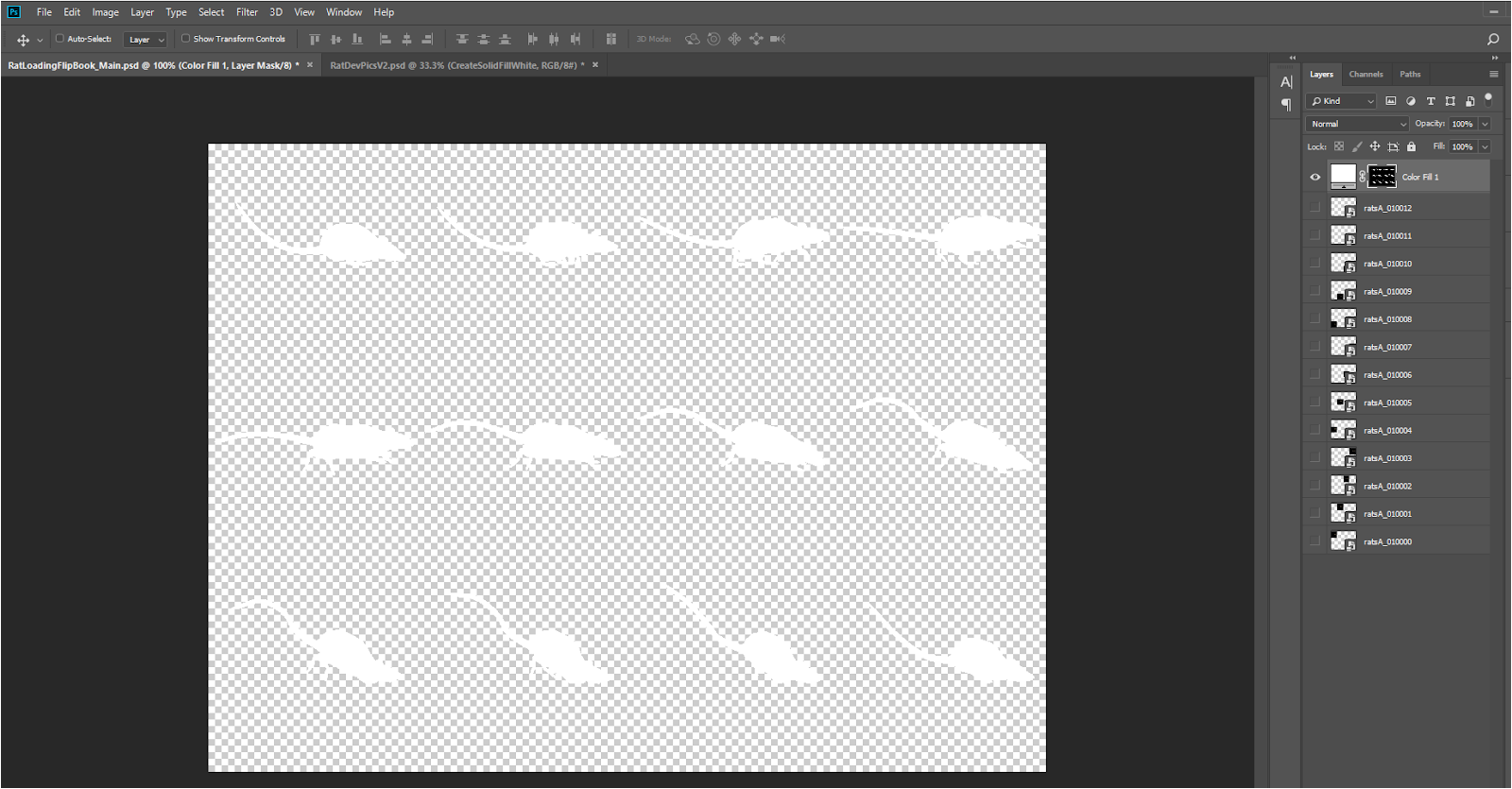 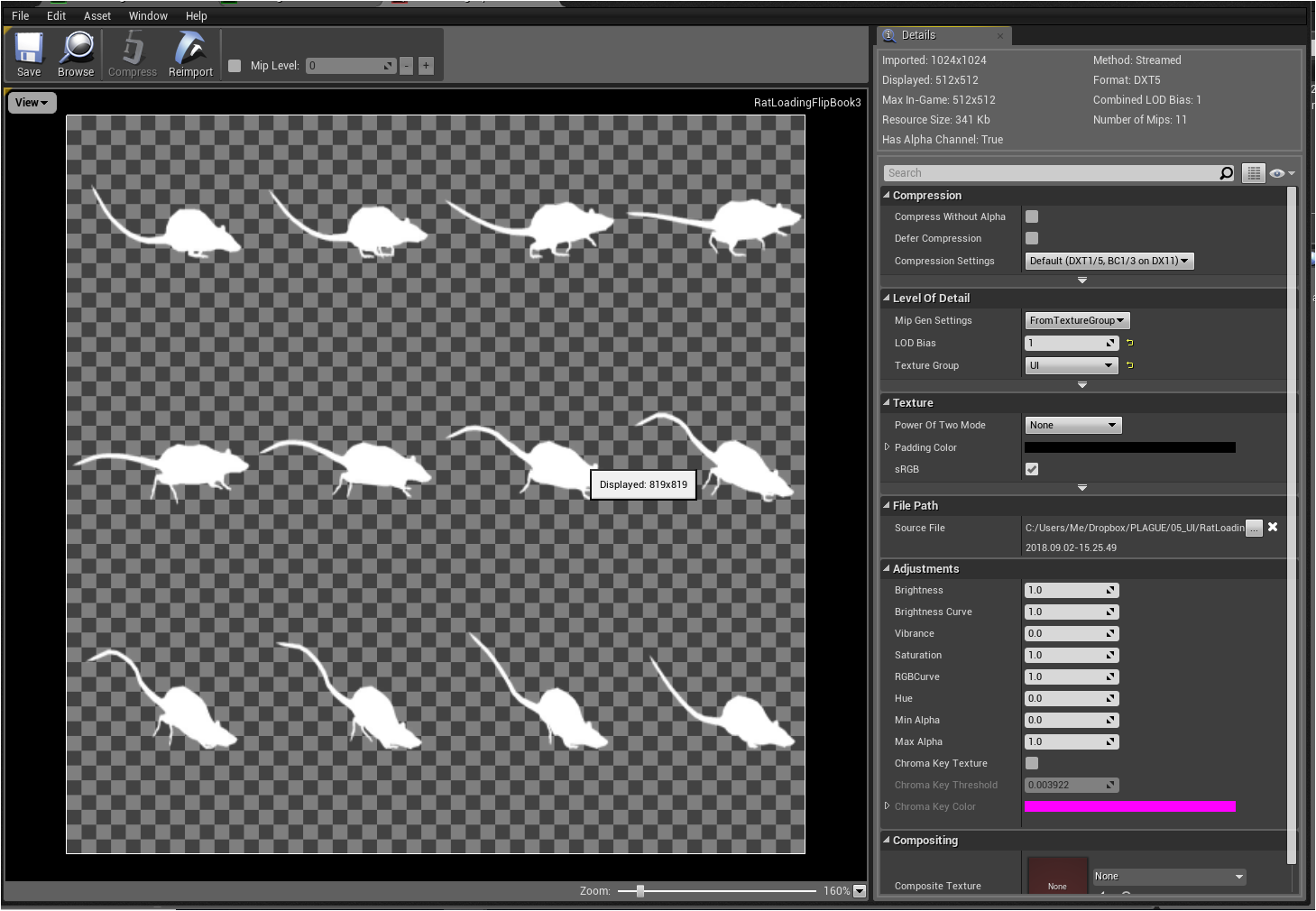 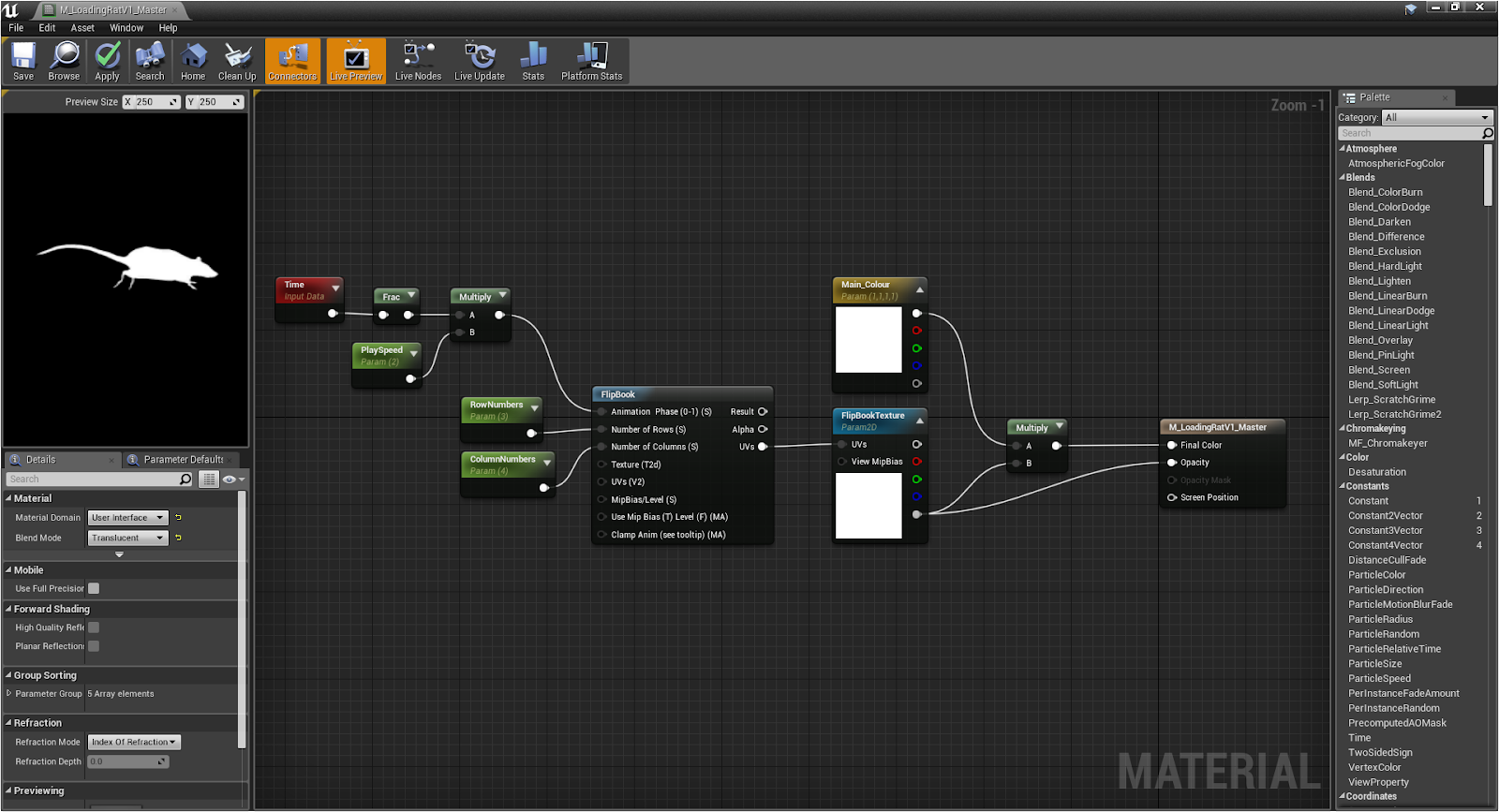 I  made sure to “Convert to parameter” a lot of elements so that we could play with them in its Material Instances. The time and “Playspeed” control the rate of play of the loop. The flipbook node does the main work, but we need to feed it some info so it knows how to split up the texture we give it: number of rows and number of columns (in our case 3 rows and 4 columns). Then at the end, I just multiply a colour over everything using the alpha as a mask. You can tint images in UMG but I thought it was useful to have it changeable at a base level as well, in case we needed to change it across the board. 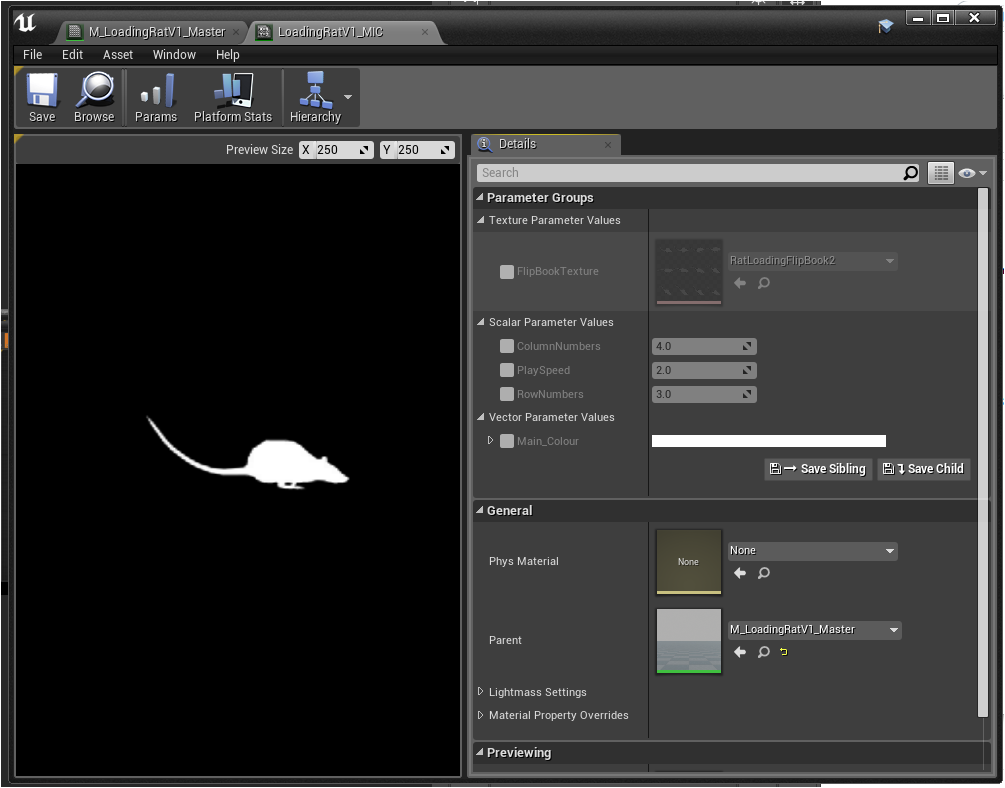 And that's it! I could probably go back to the texture and optimise it by realigning and reducing the amount of dead space, but all in all, it's pretty simple,

I hope you find this useful!