So with thatÂ previous partÂ about the new keyword, I spent time fixing my code forÂ Tactics Ensemble.

By 7pm of Oct 11, Thu, the participants entered. More than 30 people came in (16 teams were ultimately formed).

After the introductions and FYI's with the student's curfews and everything, Brett announced the theme:

Brett told us mentors, "You know, this first half of the jam, you don't need to worry about anything, cause they're still mostly in the planning phase. You might as well get some rest. It could actually get pretty boring so you may even want to actually do the game jam too, you know, while waiting for people to ask for your help, you could do it as well, cause you're gonna get bored."

I actually had a headache that night (was not able to sleep the night prior to that because friends were playing multiplayer Borderlands 2 nearby, shouting all night) so after commiting my changes to Project Tactics Ensemble, I called it a night, & went back home to sleep.

On the way home though, I thought if I was participating too, then I mulled on the theme.

The usual thing to go for here is some sort of caveman game. But that's too bland.

What about a game where you beat up programmers who have such a primitive way of thinking in making their code? Yeah that'd be fun, I'd play that. A lot.

All I could remember from Brett's examples wasÂ primitive geometry.

So between last night and the following morning, my train of thought led me to this old 1884 novel calledÂ Flatland: A Romance of Many Dimensions. I actually found out about that a long time ago in college, thanks toÂ Project Gutenberg.

I never really got around to reading the novel but, long story short, its about a fictional world where 2d shapes where living, breathing characters.

One of them, a hexagon, thought, "What if there's a 3d?". And such ideas were pretty much taboo in 2d land. So she ended up in a journey going to 3d and even 1d. (As a nice bonus, there's actually an animated film adaptation of the novel released back in 2007.) 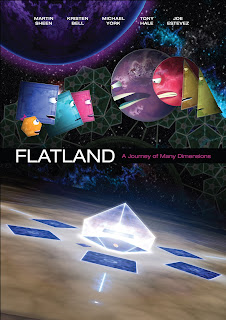 And I thought the idea is good but I'm going the wrong direction here. There's not much sense in doing those.

Then I thought, ok, I'll make it that you can only jump in side view, and that you can't in top view, because it's hard to notice such a thing in top view anyway.

Side view is how you normally move left to right, but top view is useful if you want to "change lanes",Â so to speak,Â get behind or in front of things.

So the moment I got back to College of St. Benilde, I was surprised to see my other mentor partner (Charles Cue) was already working on his game jam game too!

Ok, a little competition now, is it?

I started working on my idea as soon as I could. I checked around and it seems like the participants have yet to run into problems.

I might as well link the actual game I ended up with here.

There are only 3 levels so far; the 3rd level simply loops back on itself when you finish it.

I tried making myself useful for the participants but I got the feeling I was being brushed off. All the other mentors there were faculty staff of the school. I was the only outsider. Some of them probably didn't even know I was a mentor! Brett had a better rapport with the students cause, well, he was visibly the guy from Unity Technologies.

I felt I looked rather stupid roaming around and getting strange looks from the students.

Nevertheless there was at least one participant who was friendly with me. Admirably, she was the only one who went solo while the others were all in teams.

Here's some photos I took (since no one was asking for my help!): 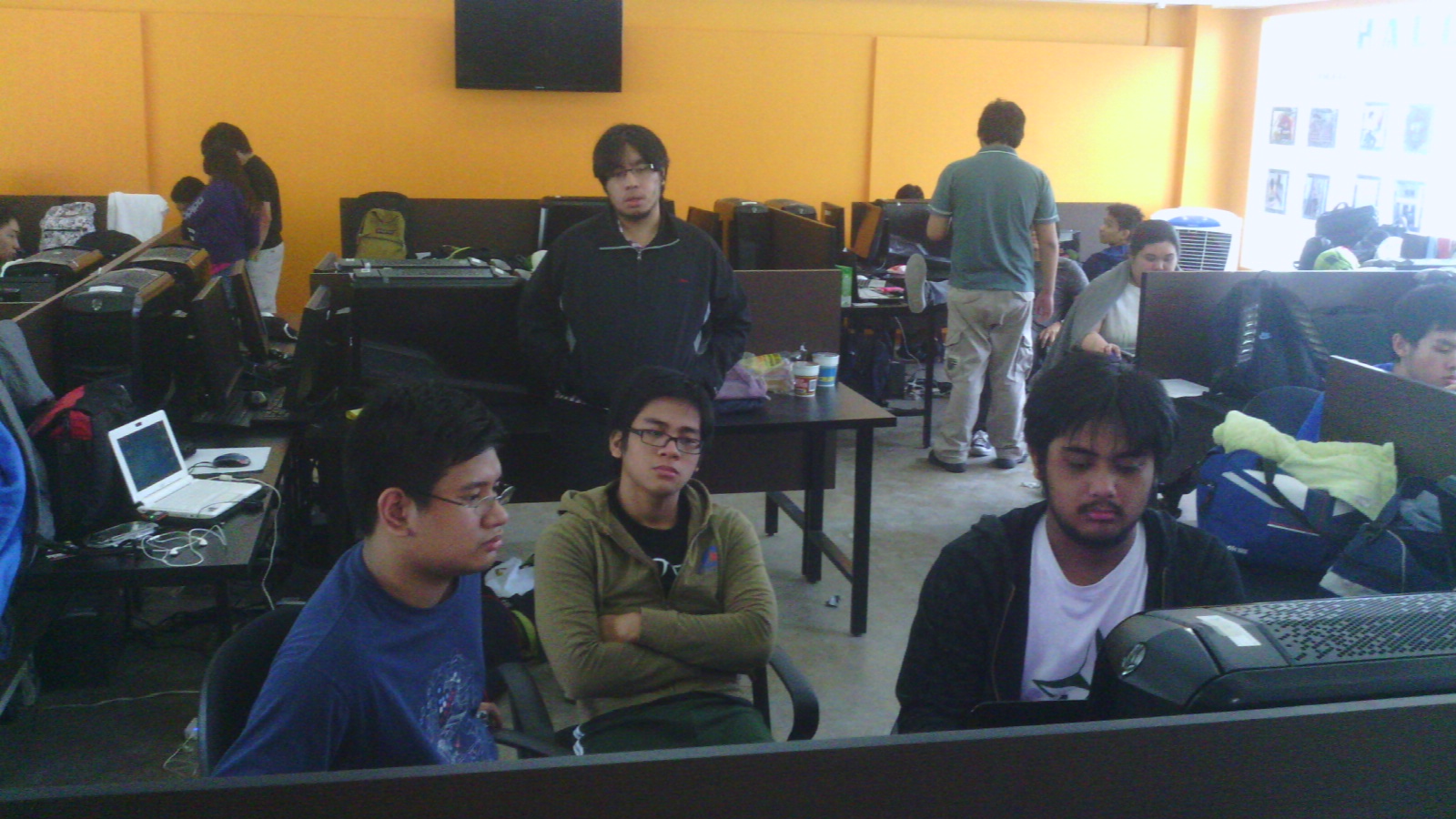 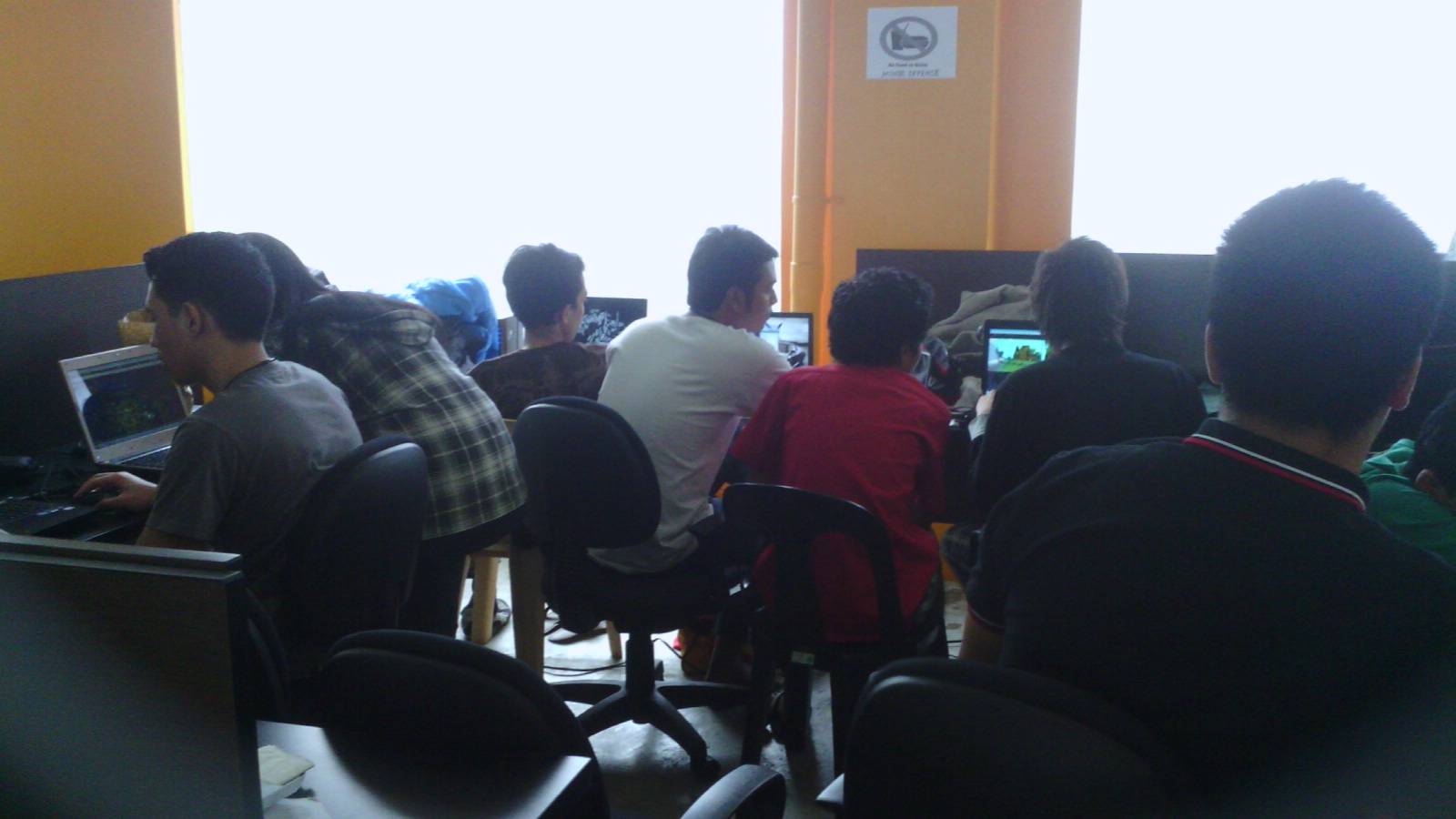 Having neglected to bring a sleeping bag,
this was my makeshift bed. I used some t-shirts
as a pillow. 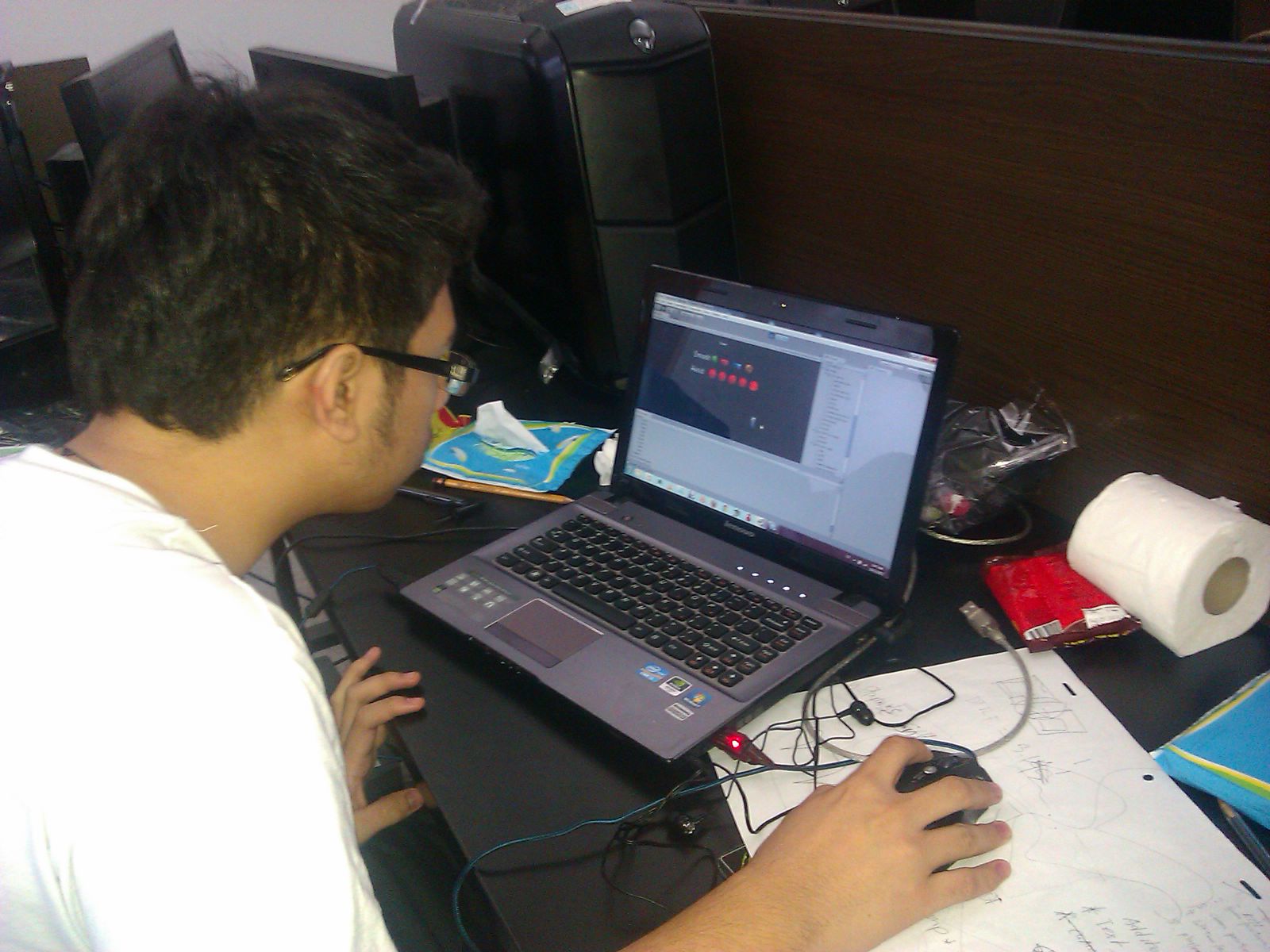 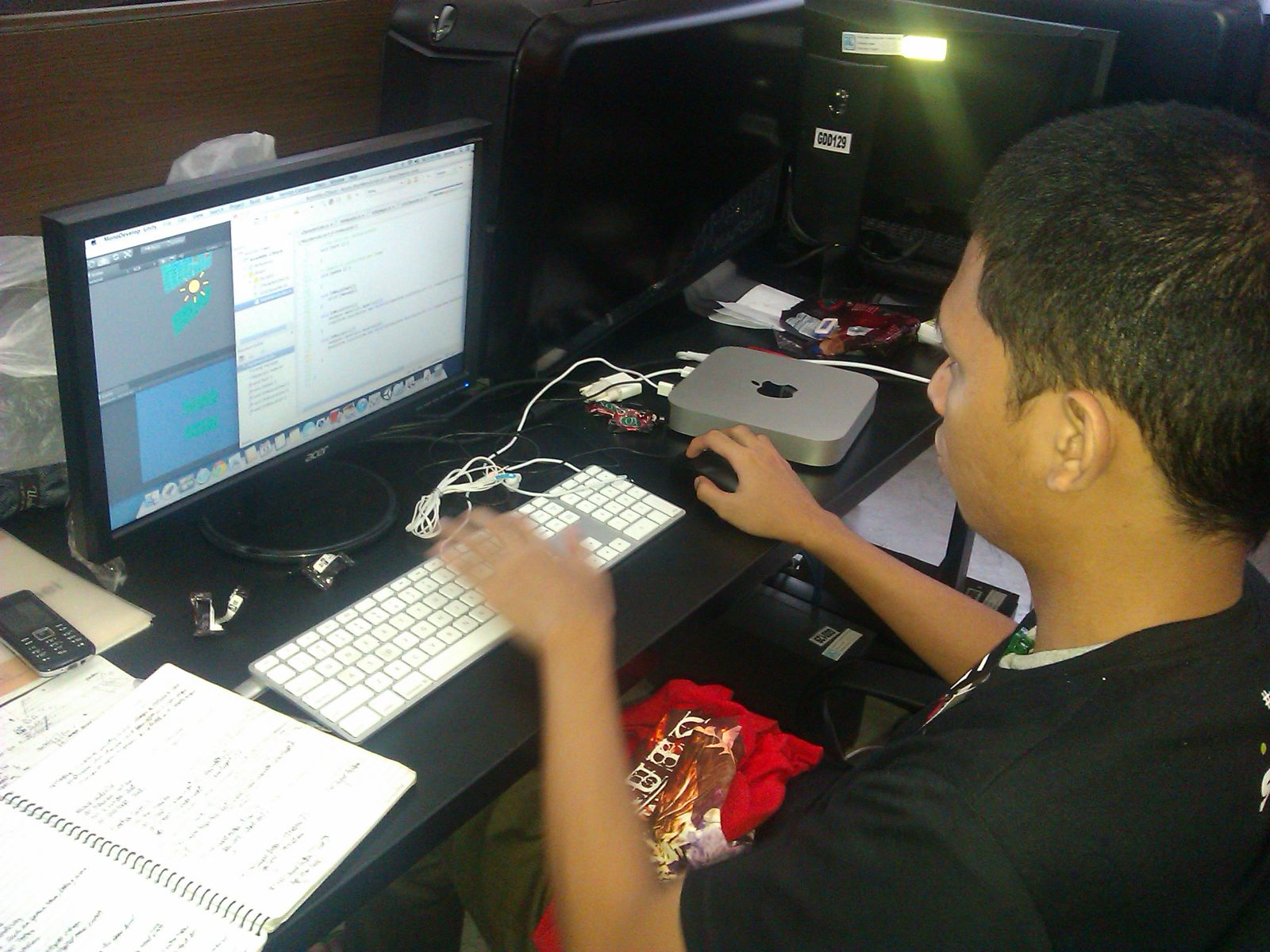 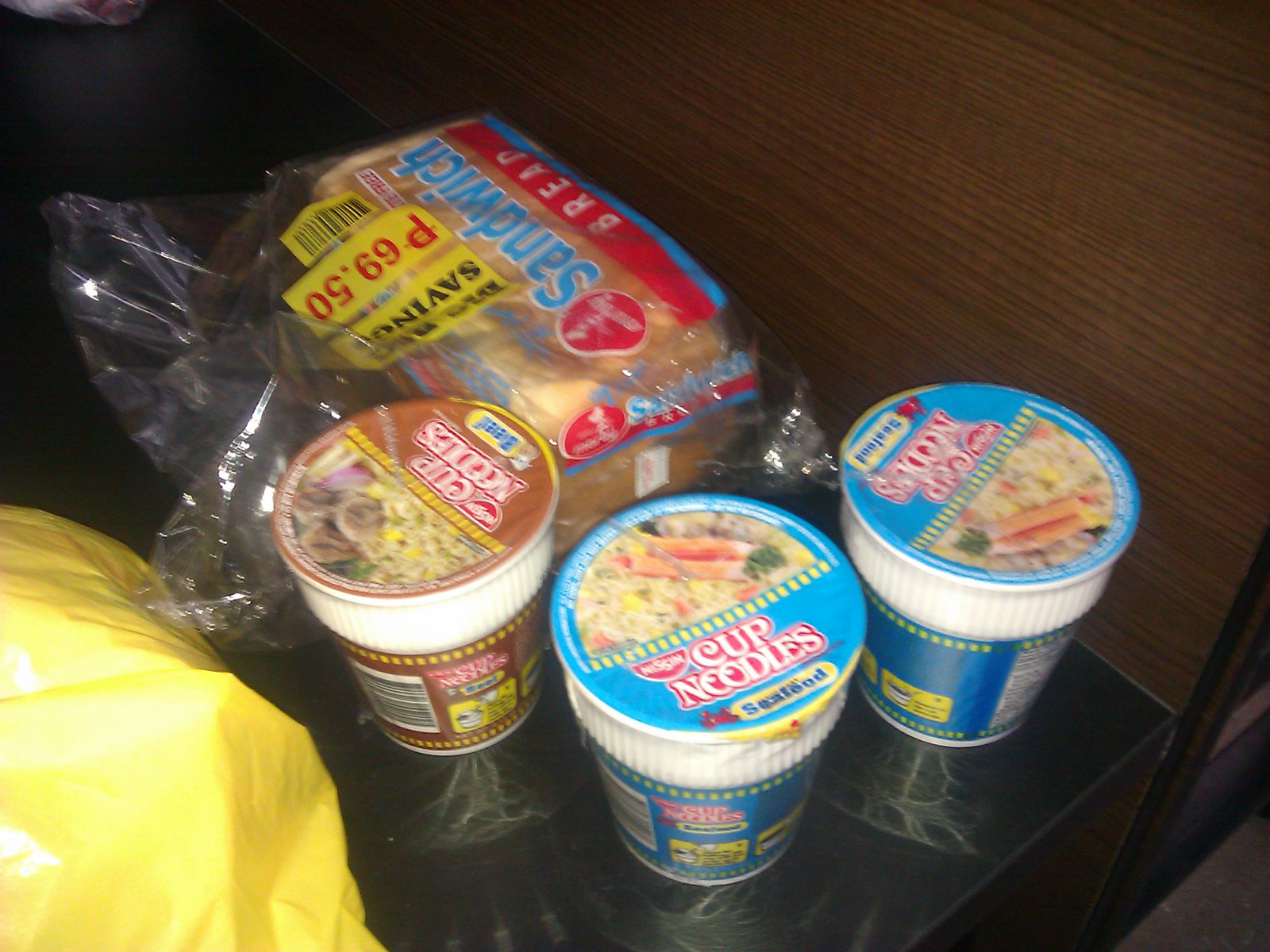 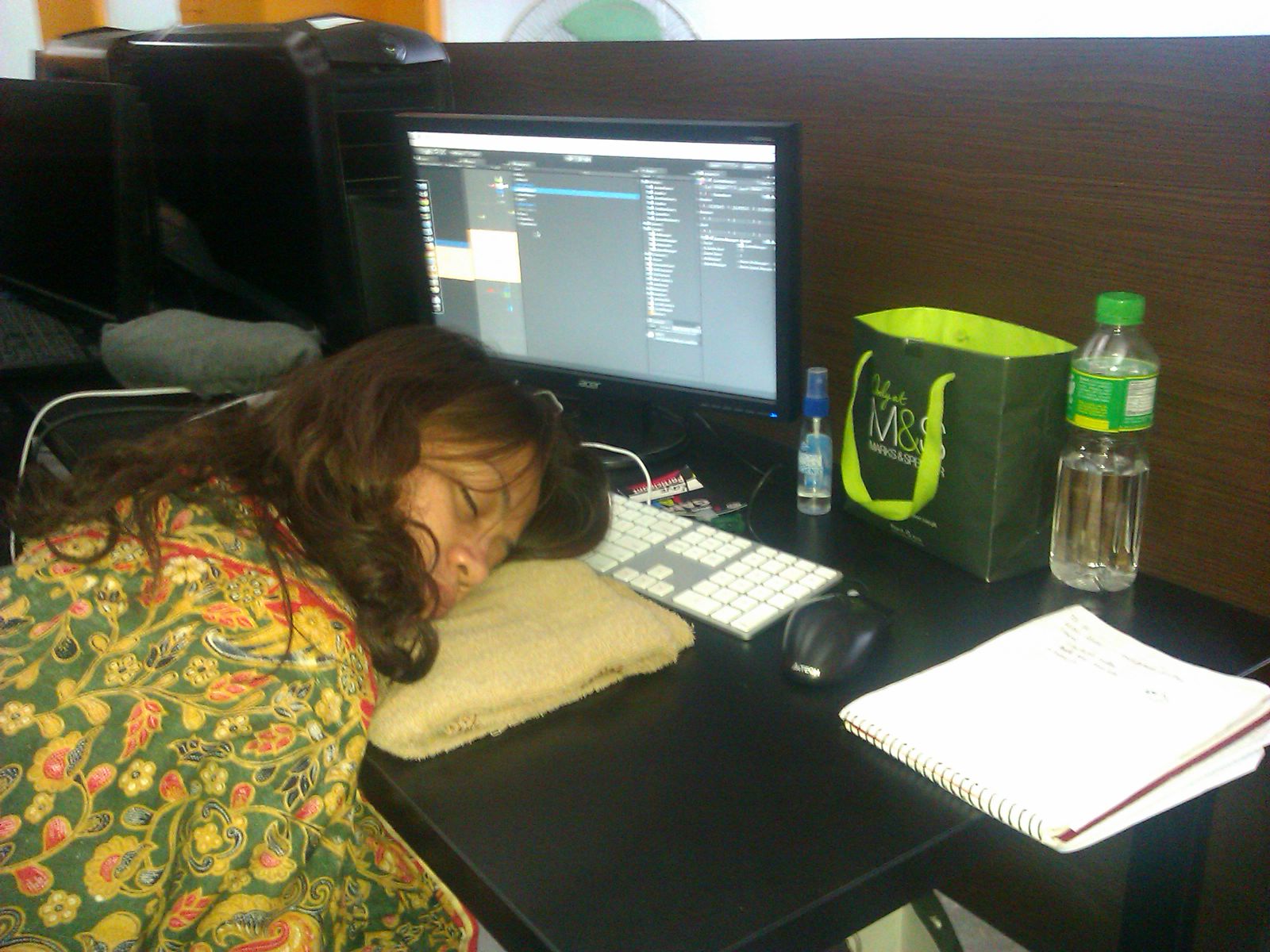 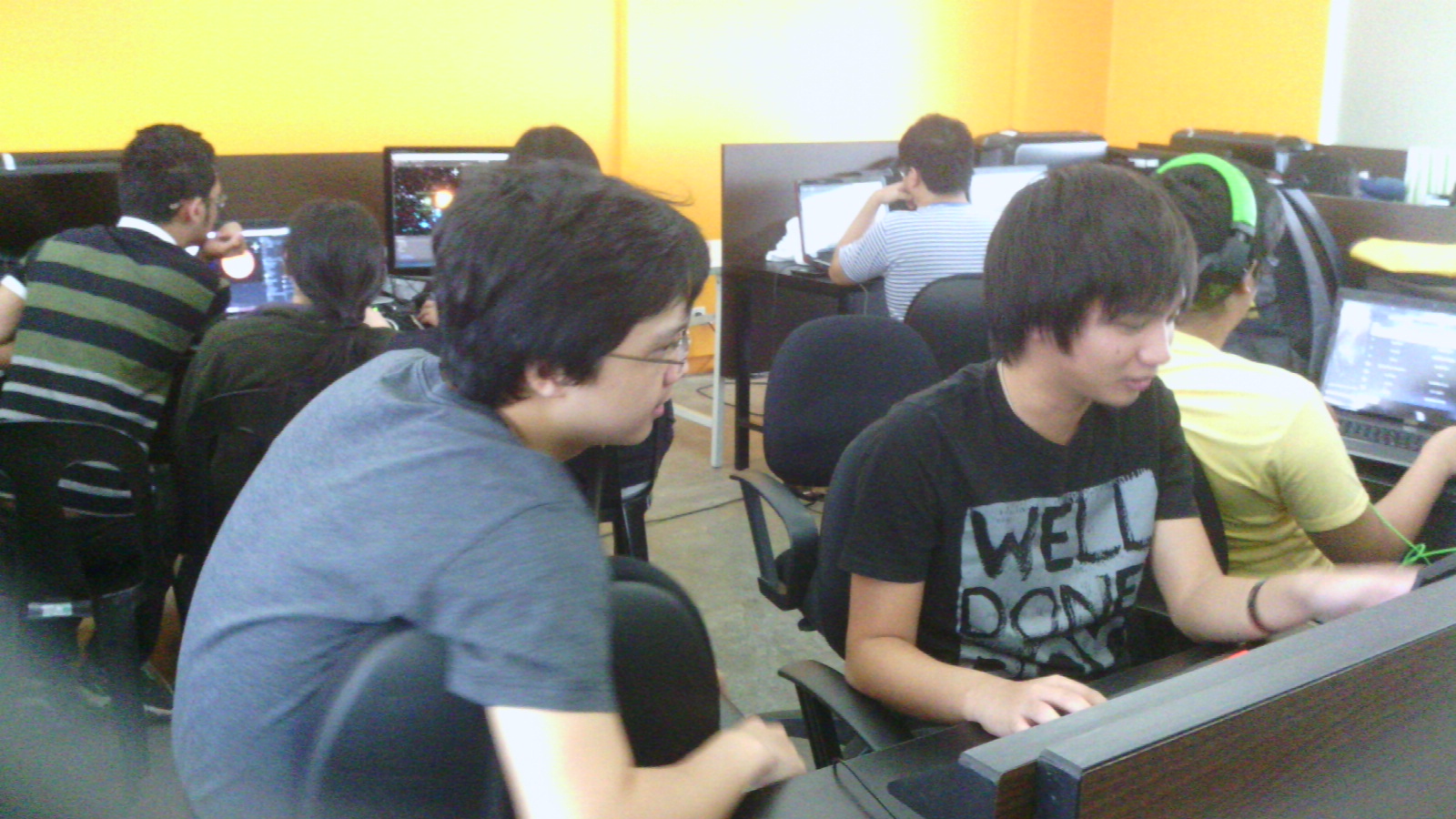 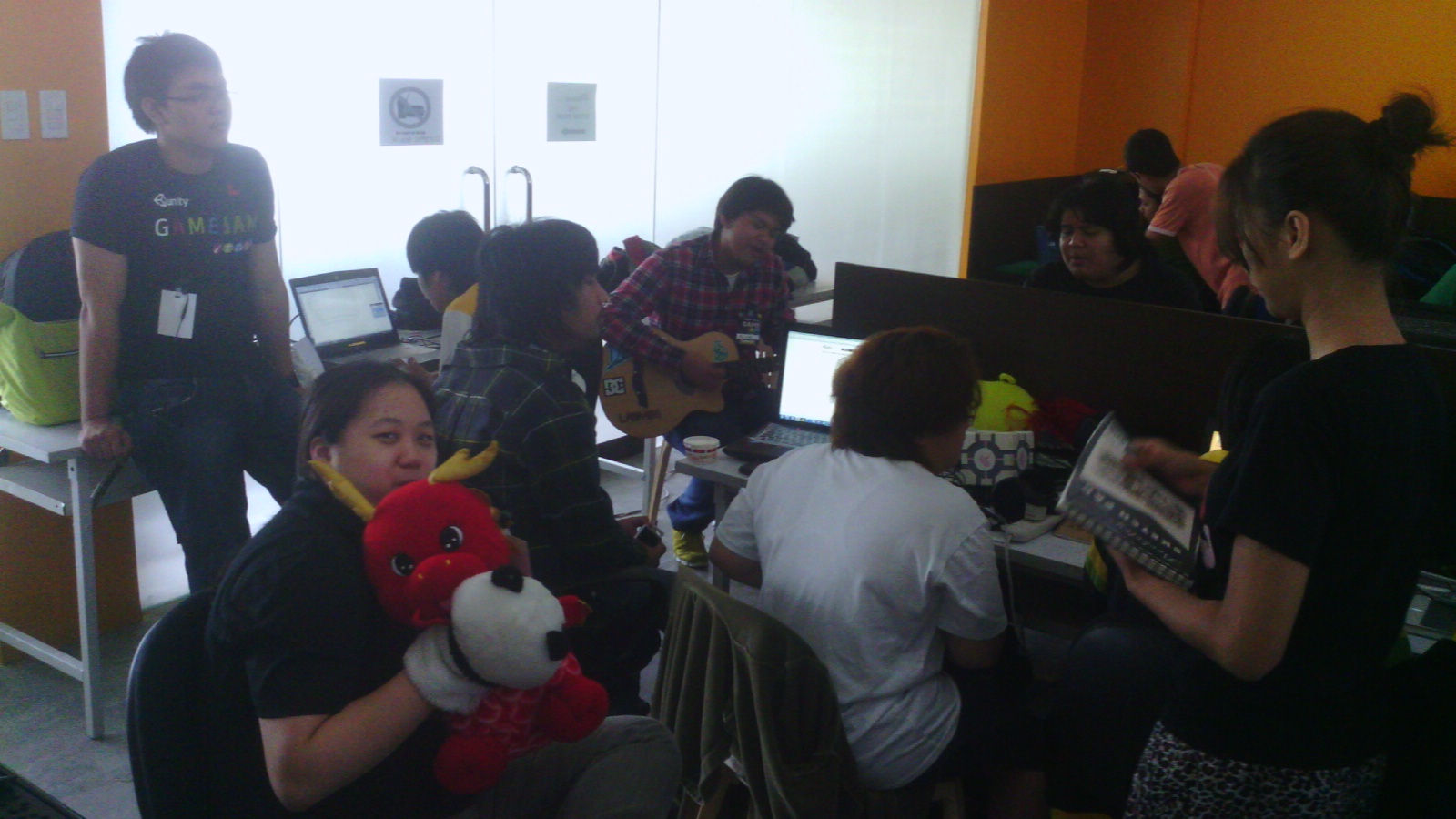 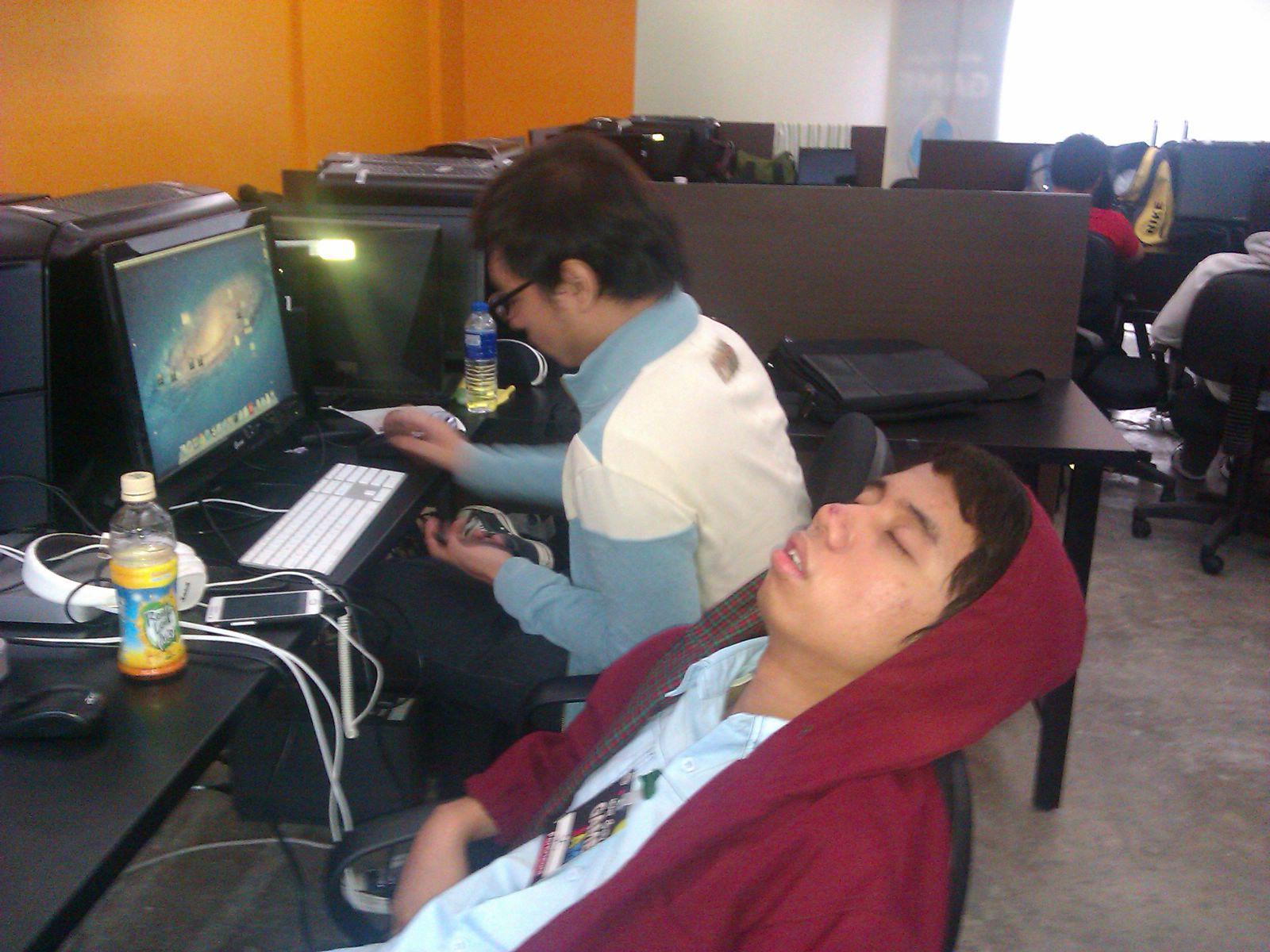