First off, for those of you who are unfamilliar with the game; Snakebird is a simple puzzle game that uses the oldÂ snakeÂ game mechanic in a differentÂ way. ItÂ happened to lend itself very well for puzzles, so we built a game around it.

We thought we could show some development screenshots and detail some of the paths the game took over the course of the develpoment.Â It basically started more than a year before Snakebird went into production. Around march 2013 I think.Â Sheldon Ketterer, a good friend of mine, posted an image on a message board of a game he was working on at the time. 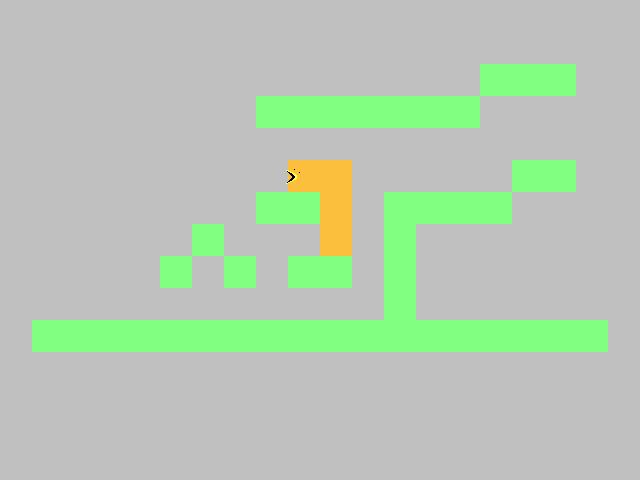 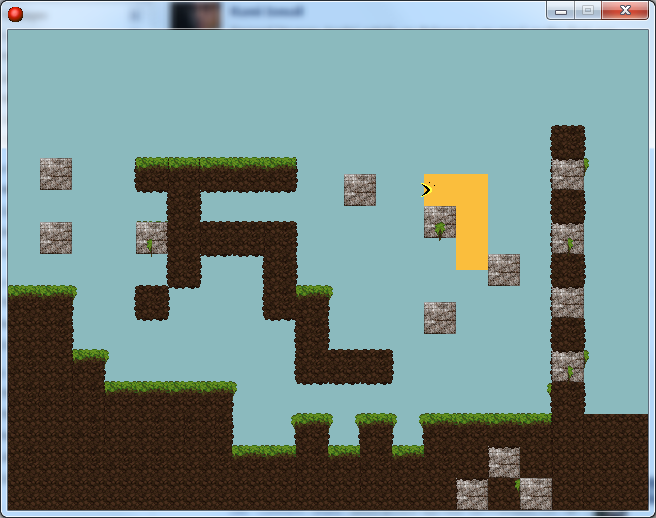 Sheldon never actually explained how his game played so I just assumed that the character had snake-like controls based on the picture. A few more of screenshots over the next couple of months later and it dawned on me that the game might not play like I assumed it did. I asked Sheldon for a buildÂ and it turned out to not play like I had imagined at all. Ludum Dare 27 was that weekend so I used that as the motivation to make a prototype of the game I thought Sheldon had made: 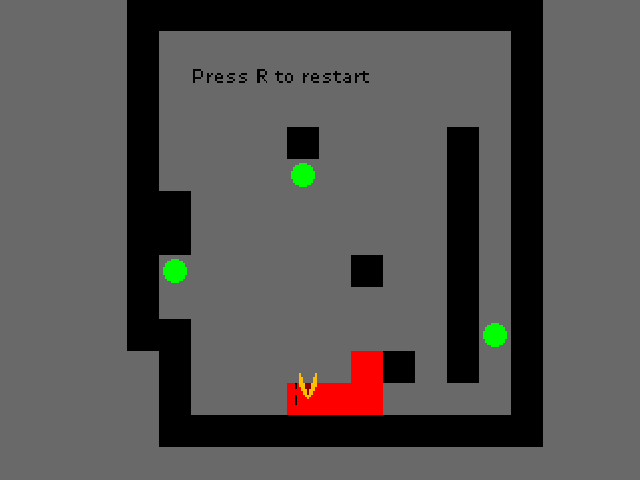 In the end the game was never entered in the competition as I thought the concept had potential and wanted to explore it further, preferably before anyone else, but I also ended up ignoring the theme I and wasn't sure if that was ok. The prototype also was well received among friends so I had a hunch that it had potential. The bird character was carried over from Sheldons game because I really liked how dumb it looked.

Fast forward to early 2014. We had some downtime at Noumenon, a prototype to expand on and we wanted to try out unity. With that out of the way, here's a bunch of images! 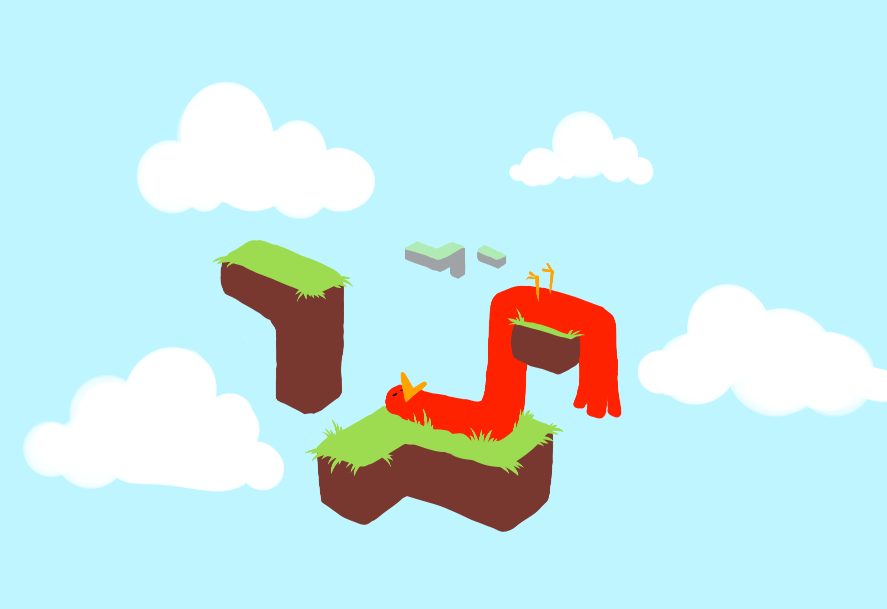 The entire art style was based on this image. Few andÂ flat colors, no colors allowed for shades, simple shapes. 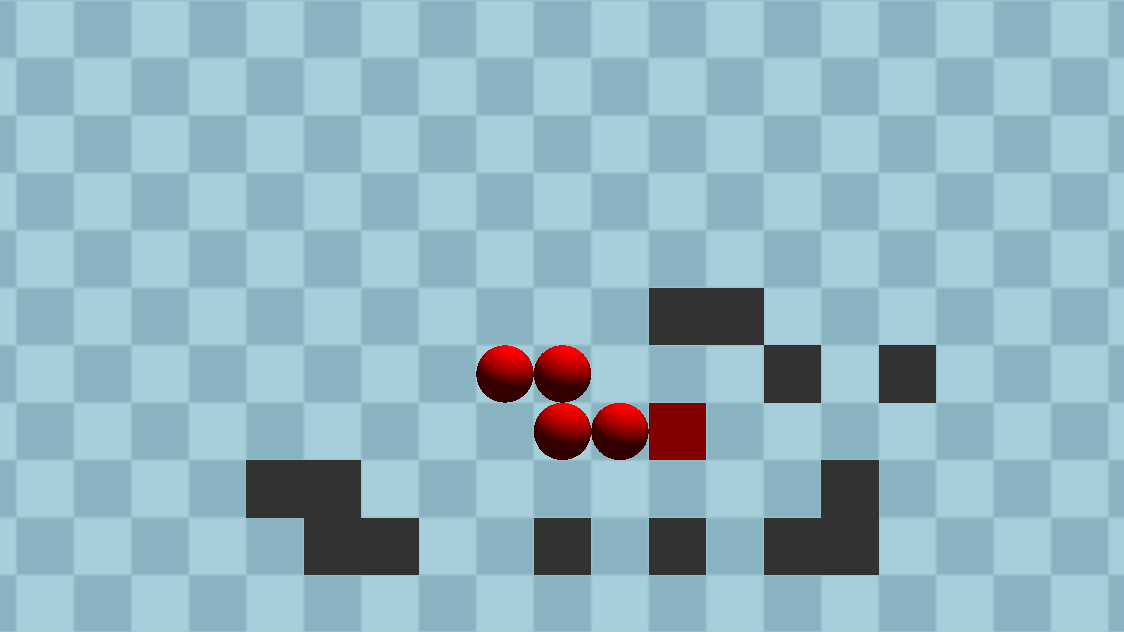 The earliest version of the game we could find. There's no gravity, almost no game logic and the segments are just primitives. 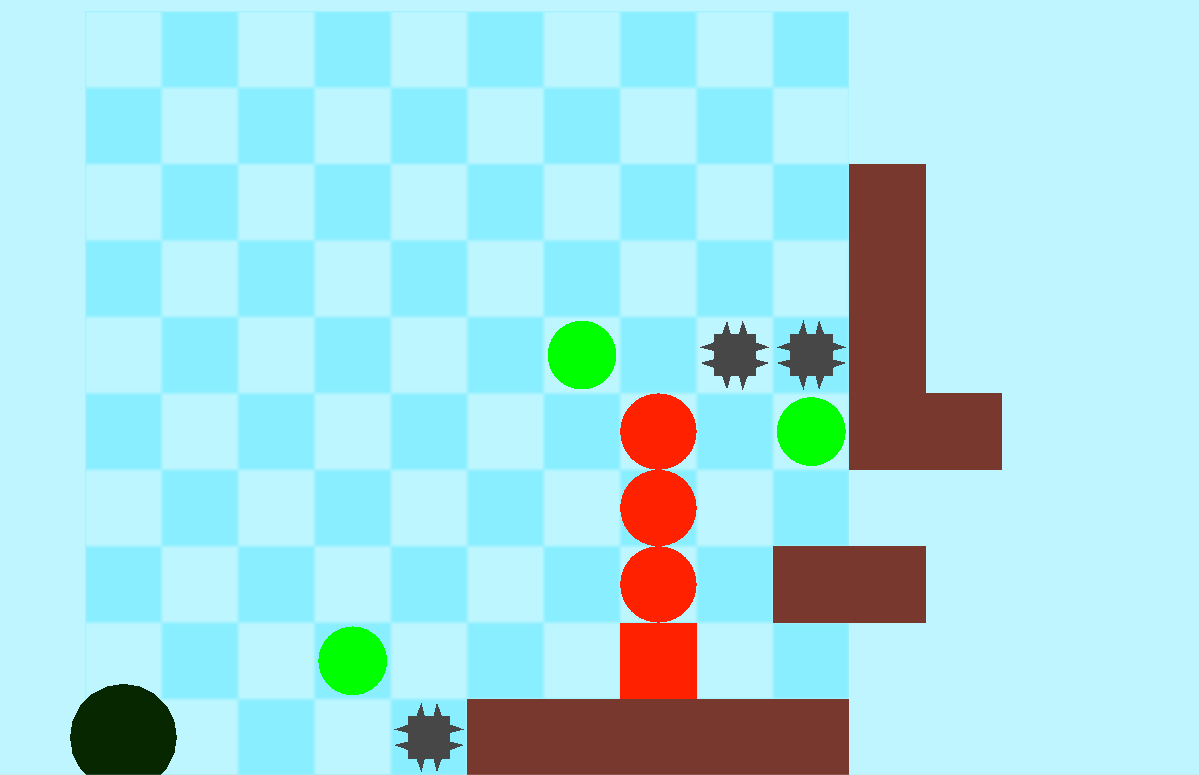 Gravity, fruit and spikes implemented. The beginnings of the art style can be seen as well. 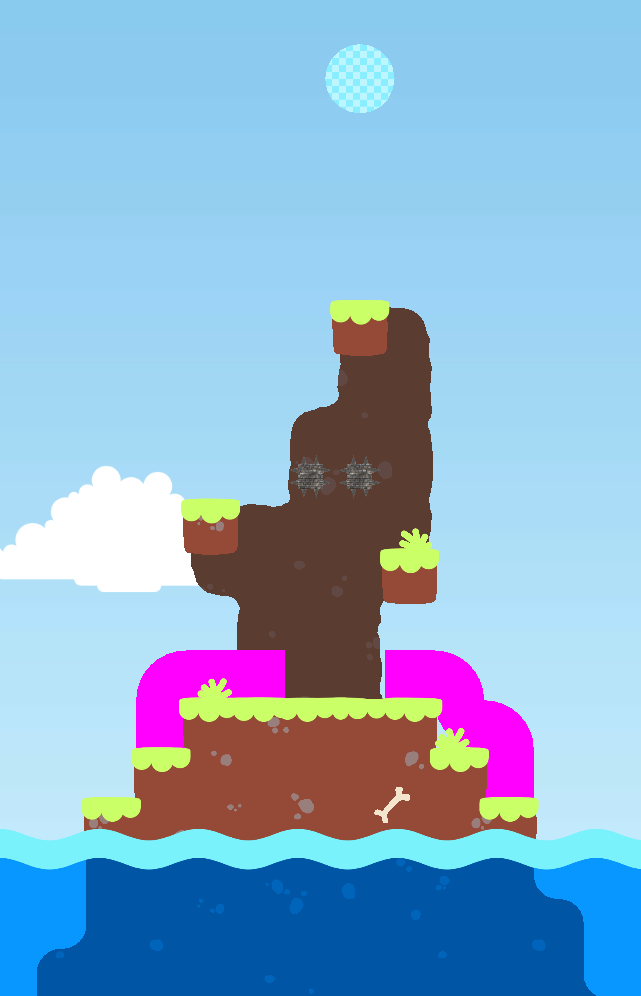 A working level with some early tiles. It was the first level I designed for the game and it is still basically the same (level 9).

The final version of that tileset. 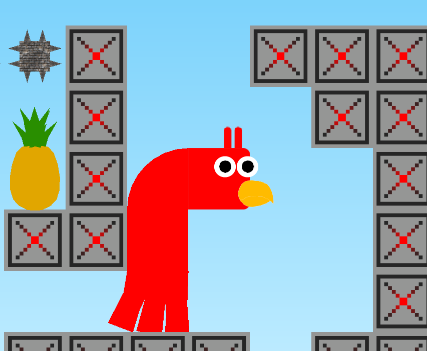 The very first test-version of a bird-face. This one is broken as well and has its animations in a default pose. This also show how the levels look before they are tiled. 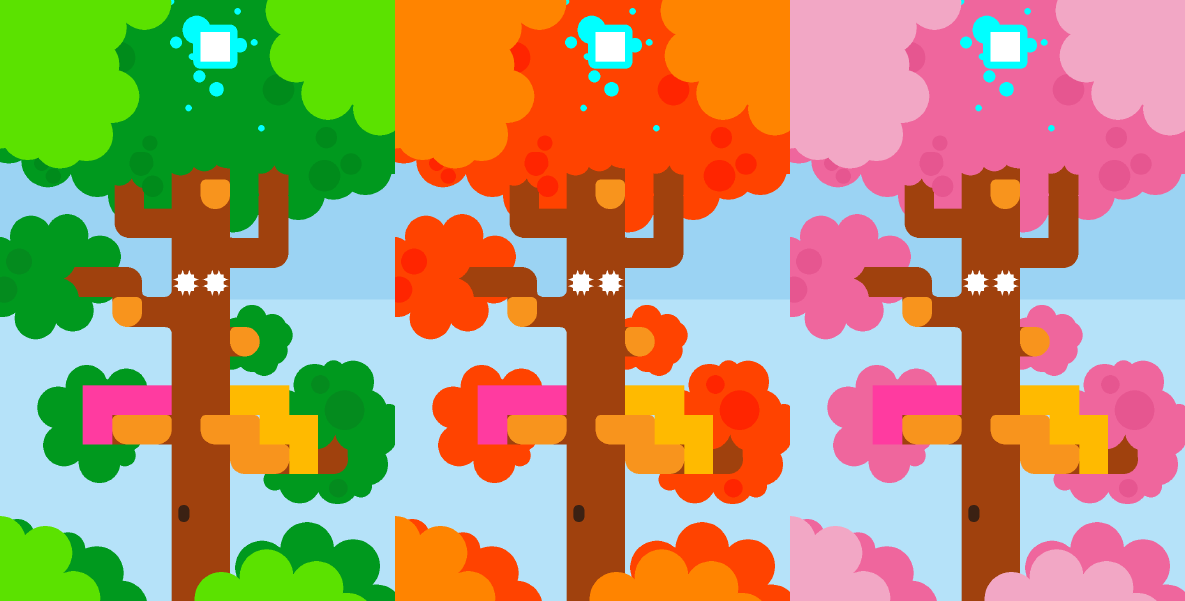 Mockup and color variations of an unused tileset. 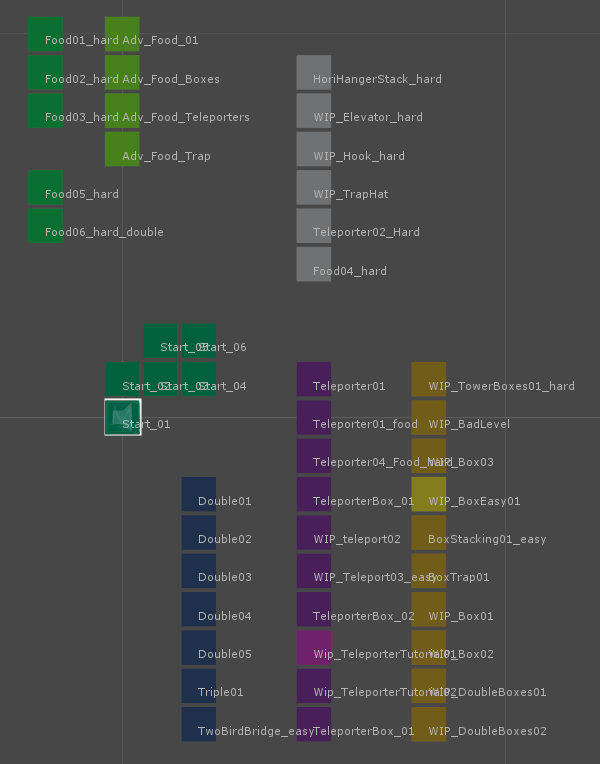 A picture of the level nodes of the world map with the names of the scenes they load. This screenshot is taken from the unity editor before the nodes were properly placed. 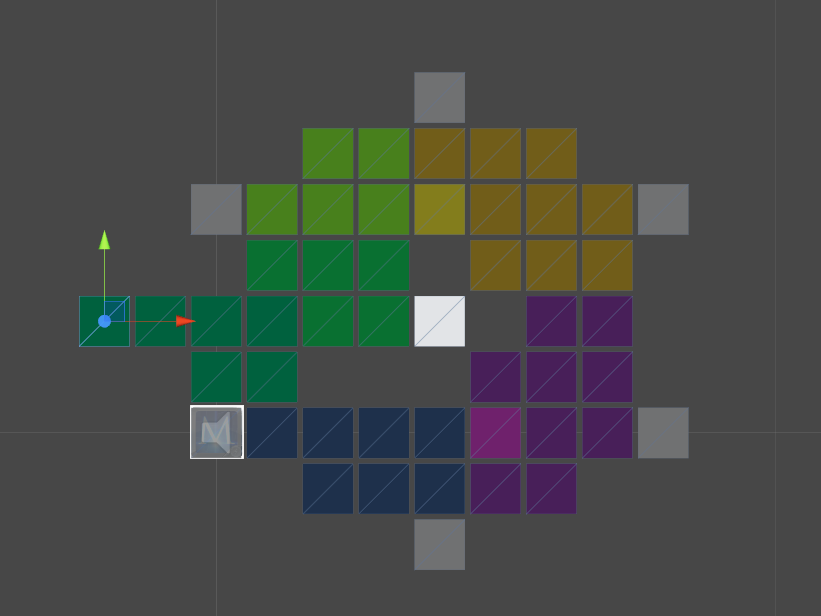 Nodes placed! Missing are level 0 and 19 as they were not yet made. 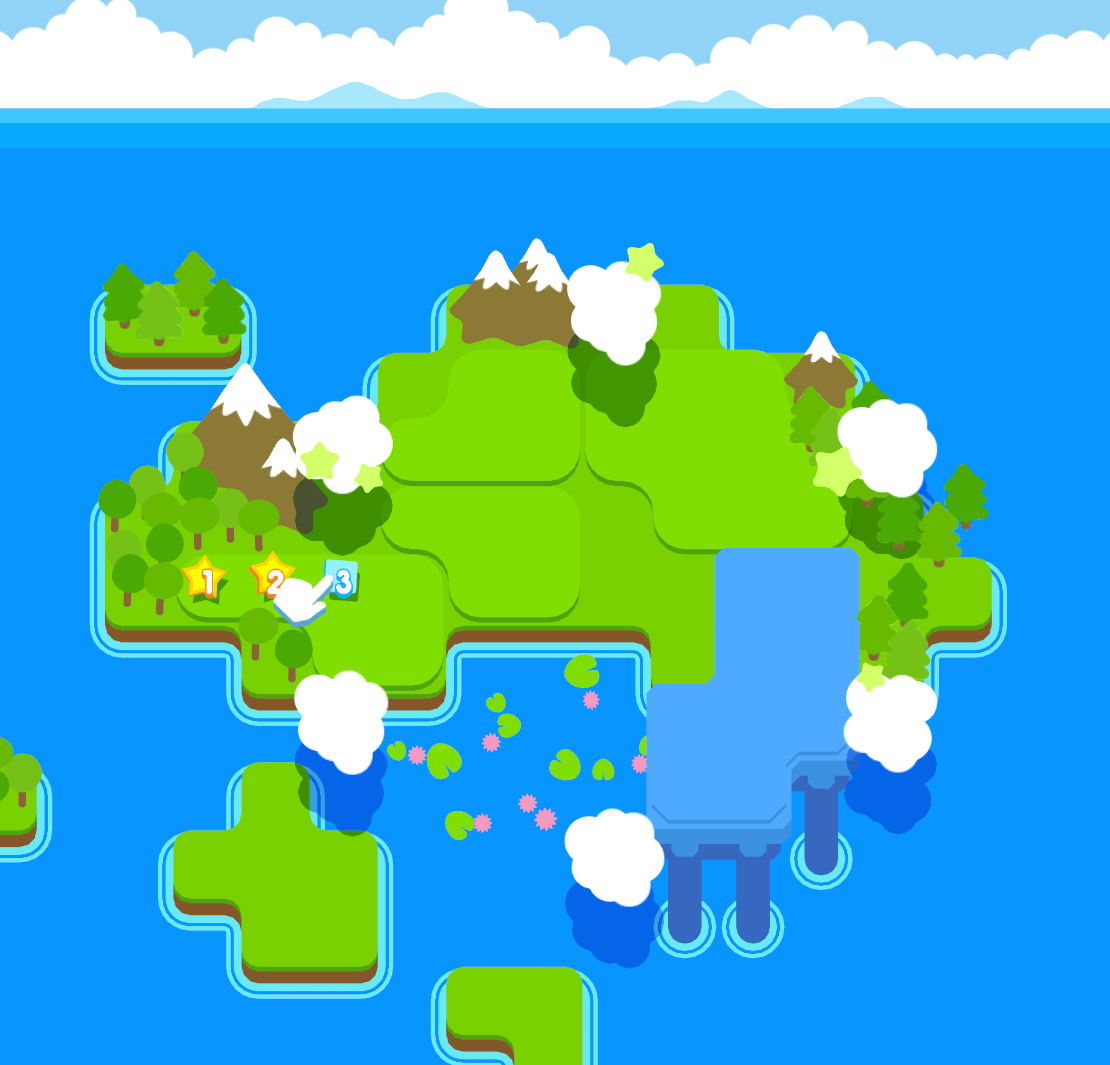 Some art assets added and the level nodes hidden. This time the screenshot is taken while the game is running. 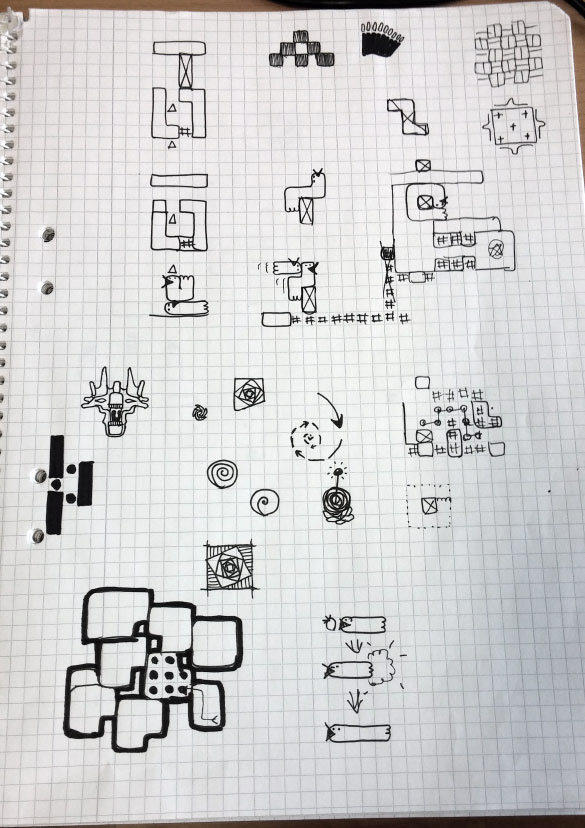 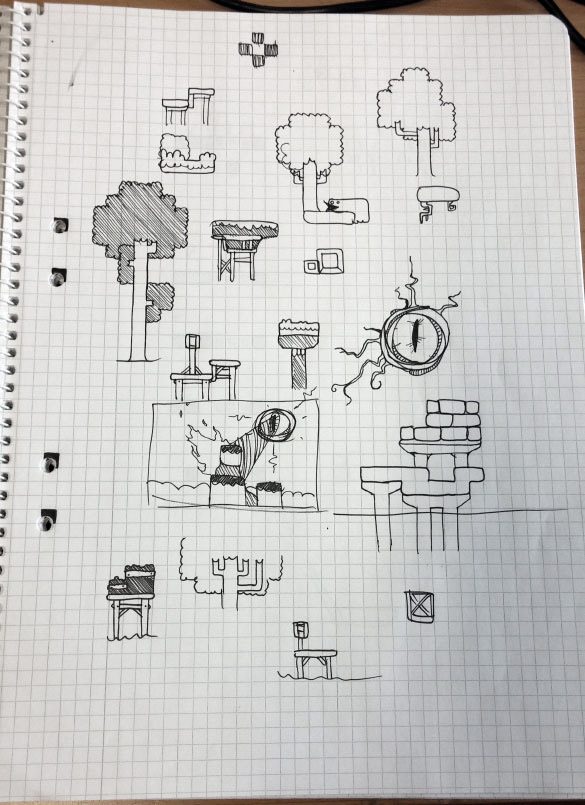 Sketches! Level and art design and random scribbles.Â Here's an albumÂ full of that stuff.