After the initial playing around with circles and squares, learning a little bit about theÂ Â  fills and combining objects [part 1], the playing around with gradients to set a scene [part 2] and the creation of a game character [part 3] I was going to post the basic animation tutorial next but got a little sidetracked and thought I share this one with you.

I just played around with more circles and a different approach to the eyes from the first tutorial... as well as using the bezier curves and straight line tool for some simple shapes. 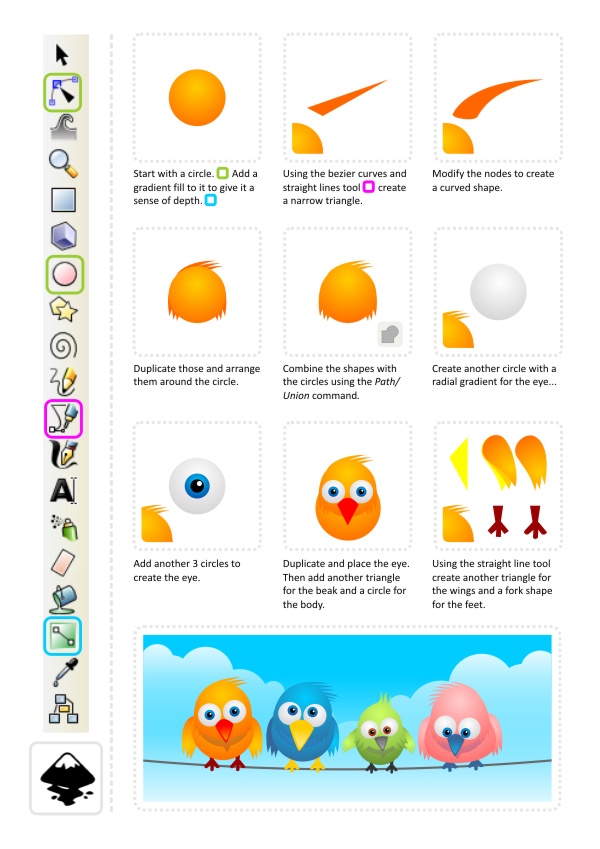 Variation is the key. You can use the elements to form all sorts of critters. 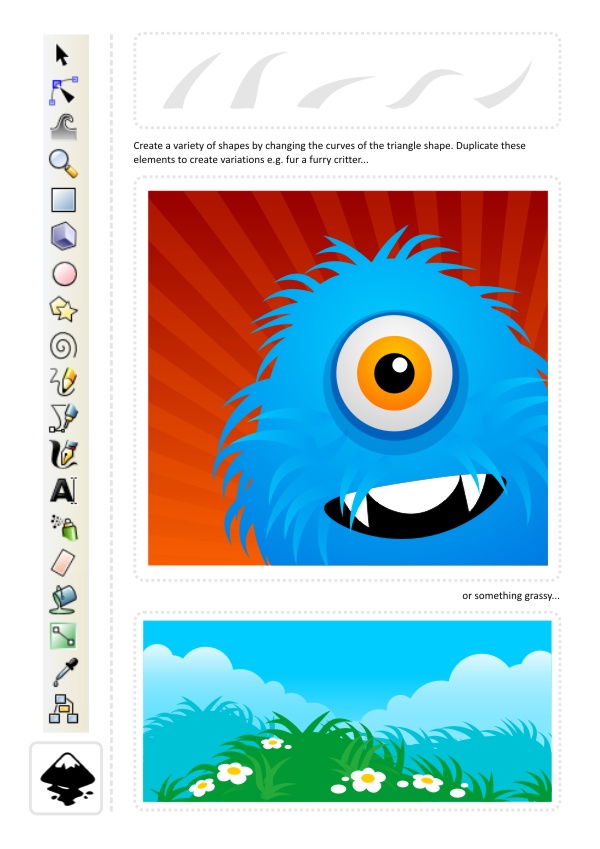 Taking it a little further let's go from the bird to a character with a basic face by using mainly circlee, more advanced straight line tool and the node modifier.Â 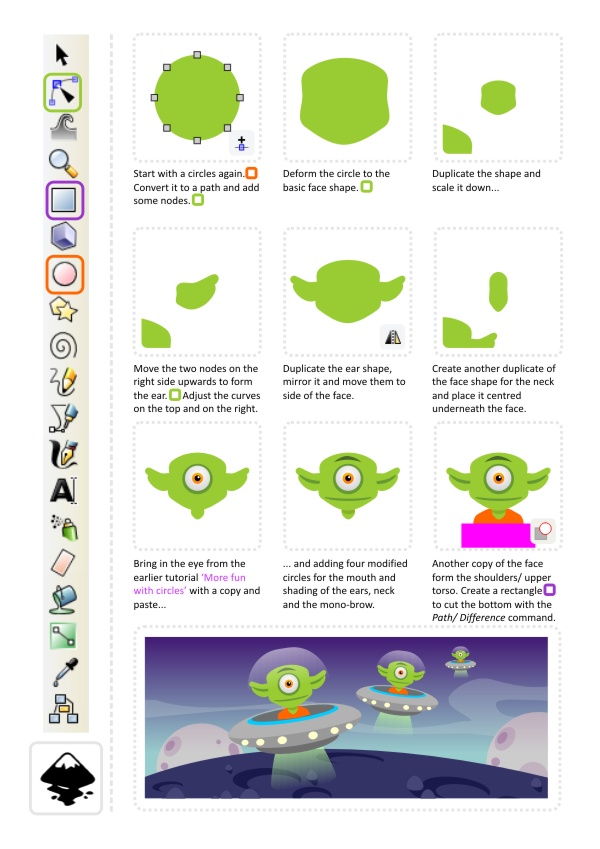 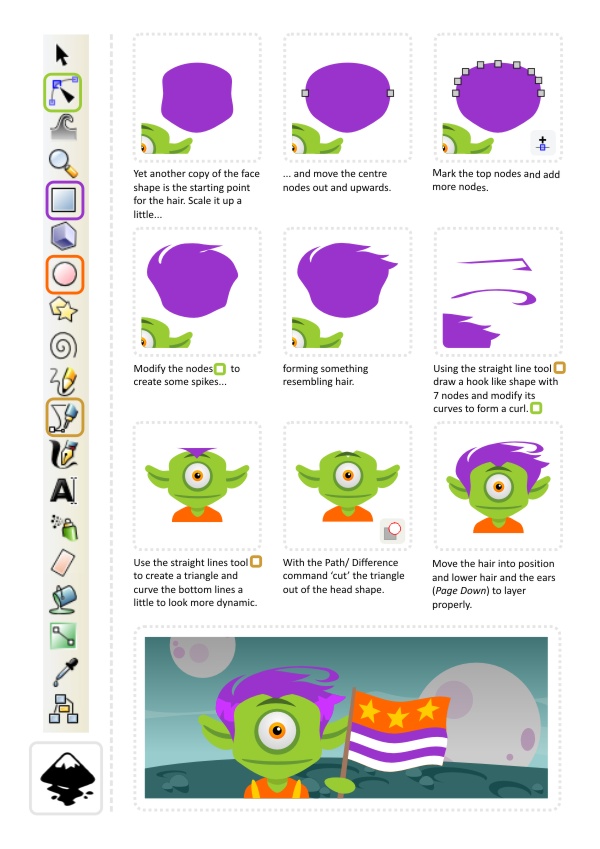 With the inital setup done it's time to play with the shapes and try out some variations. 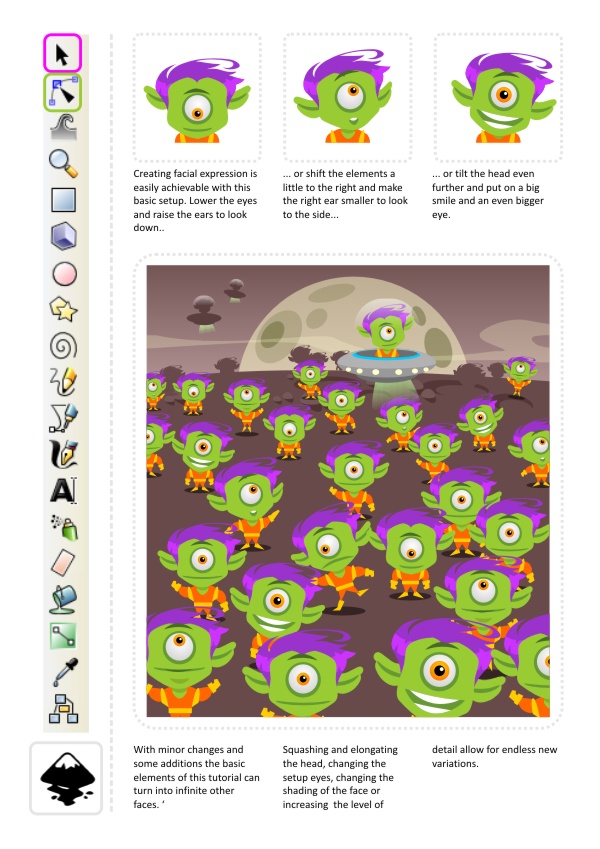 I hope you enjoyed this addition and it gave you some ideas how to have fun with vectors.