End result can be seen above.

So you've put your heart and soul into developing your game for over a year and now it's time to show it to the world. You read some stuff on the internet and realize you need a compelling trailer or otherwise your hard work might go down the drain. Not that it might not otherwise as well, because hey! This industry is really though! The problem is, you don't have $2000 to hire a video production team to make a trailer for you, with a cool intro, good music, a nice voice-over and all that jazz. You have $100, because you are indie, and you are poor.

Now you might argue that my statements are completely wrong, because:

True, but let's face it. Time is something indie devs have to an extent and can manage to get more of (Sacrifice sleep), money is often more scarce. Secondly, the friends are friends that I've met online and in real-life, who liked what we were doing and just wanted to be part of something creative. There is something magical about game development that makes people just want to be part of something and have fun. What I am saying is that it won't be impossible to find help, if you dare to ask.

Here's how the trailer was put together: 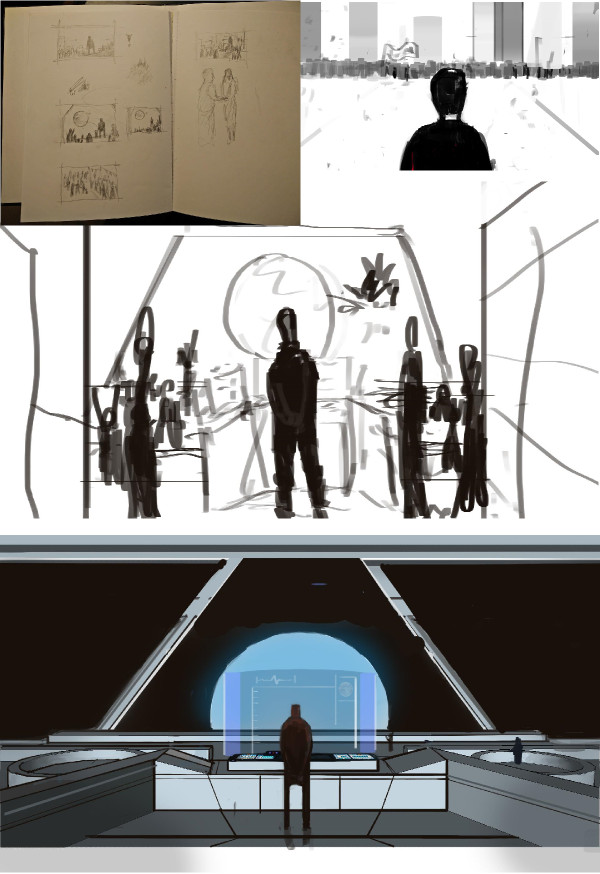 So it all started with a vision I got one afternoon. Since the game is all about being a Commander of a space ship, with lots of responsibility, I wanted an illustration that could convey this very well. I also thought about what kind of sacrifices a Commander in a space war ridden future would have to make. I explained my idea to my friend and he managed to nail it completely. 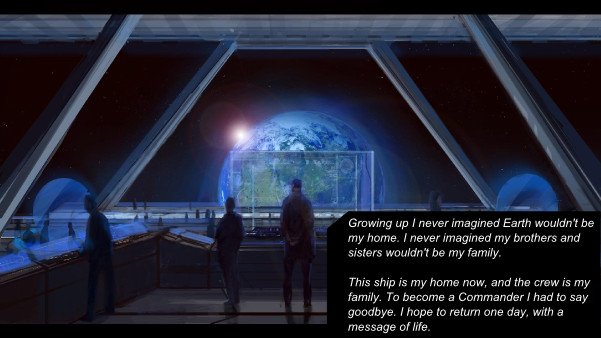 This ship is my home now, and the crew is my family. To become a Commander I had to say goodbye. I hope to return one day, with a message of life.

Once the illustration was done I needed some text to accompany it. Once again, the sacrifices were something I wanted to focus on. I ended up with a text seen above, but I wasn't completely happy with it. It sounded so clumsy to me. Since I'm not a native English speaker, I'm not the best at English. I usually know when a text sounds good, but I'm not always able to create it myself. 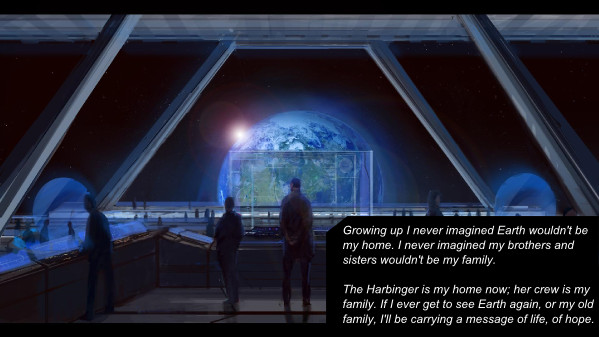 The Harbinger is my home now; her crew is my family. If I ever get to see Earth again, or my old family, I'll be carrying a message of life, of hope.

I decided to head on over to r/Babylon5 on Reddit, asking for feedback from fans of Babylon 5. I thought this would be a good place to find talented sci-fi minded people. One kind soul there suggested to change the lower part to the one seen above. I thought it was fantastic! Exactly how I wanted it to sound, not my clumsy English. 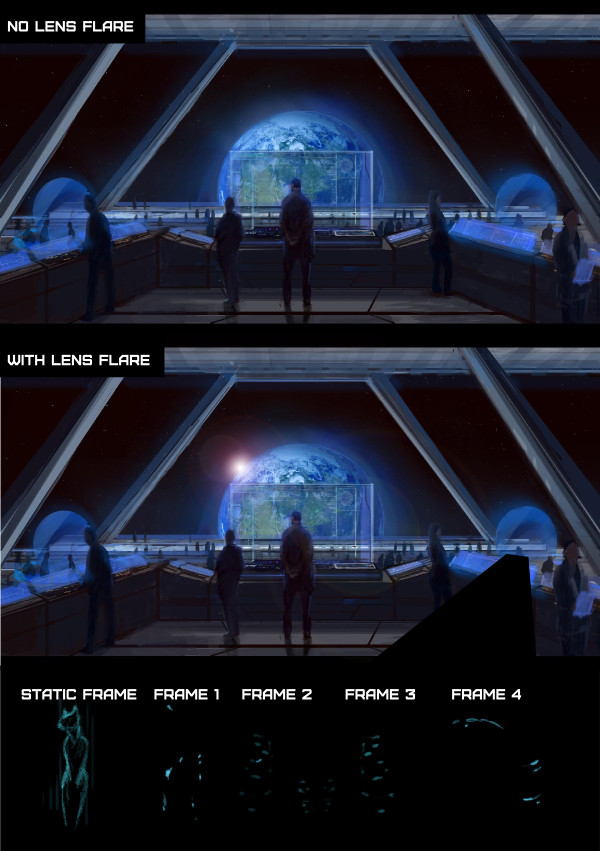 After all of this I really wanted this illustration and text to be the intro for the trailer, but it needed a bit of life to be more appealing in a video. By a sheer stroke of luck my friend had decided to make 2 versions of the illustration, one with lens flare and one without. Putting the two illustrations on top of each other, with the one with lens flare slowly fading in, gives a remarkable impression of life to the illustration. In addition to this I decided to have some zoom and movement of the camera from top left to right. The hologram animations are very simple, 8 frames that are looped with a suitable interval.

Finally, I wanted some ships to fly straight from left to right, as a final touch. This was also really simple to make, we cut out the pillars and used them to create the fly-by impression by having the ships fly a layer below, and then pasting the pillars on a layer above. Now we could move the three ships and have the pillars cover them. It worked well! 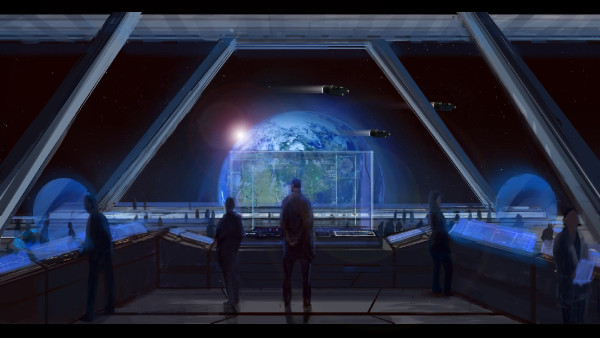 After this it was just about getting a ton of good raw game play material to create the rest of the trailer, with some nifty statements to accompany the different game play scenes. I'm really happy with how the trailer ended up.

We're going to release Battlestation: Harbinger on Steam February 24th in 2 weeks. If you find the game interesting you can wishlist and follow the game on Steam: